Things to do in Menorca

This idyllic holiday island in the western Mediterranean is famous for its pristine sandy beaches and seaside resorts. Menorca is a lot quieter than Ibiza and Majorca, which means it's great if you're looking for pure relaxation and a slower pace of life. Whether your vision of the ideal holiday is endless lazy days on the beach, or exploring secluded coves and historic sites, you'll find plenty of things to do in Menorca.

These beautiful paths and tracks offer fantastic views of the Menorcan coast and are the perfect way to enjoy the great outdoors with the family. Just remember to bring a good pair of shoes, plenty of water, and a fully charged camera/phone so you can take lots of photos. In high summer, it's better to do the Cami de Valls trail in the morning or evenings, when the sun is less intense and the temperature is more pleasant for long walks.

In the eastern part of Menorca, Mahó 'n, the capital city, is best known for its 18th century architecture and historic port. The city, also known as Maó ', overlooks one of the world's biggest natural deep-water ports, and is home to the Xoriguer Gin Distillery, where you can try the island's uniquely aromatic gin. Make some time for the town's Franciscan monastery, which dates to the 15th century and includes artefacts from the Roman and Byzantine eras. Throughout the year, Mahó 'n celebrates many big festivals, one of the most famous of which is the Fiestas de Gró cia in early September, with magnificent horse parades and live music. It's one of the best things to do in Menorca if you want to experience local culture at its best.

his charming city, the former capital of the island, has a well-preserved medieval quarter and is most noted for its cathedral. This fortified church has stood for more than 650 years, and still has the remains of a minaret that belonged to a mosque that once occupied this site. Ciutadella is also home to the Castell de Sant Nicolau, a watchtower that was built in the 17th century and has amazing panoramic views all the way to Majorca. In late June, one of the best Menorca things to do is to attend Ciutadella's Festival of Sant Joan, which includes delicious traditional foods, fireworks, and a special horse parade.

Most of the beaches on the Menorcan coast have gently shelving sands, making them ideal for timid toe dippers and families with young children. You'll find that many of the main resort beaches are more secluded and greener than you'd find on much of the coast of mainland Spain. When it comes to adventurous things to do in Menorca

expect a decent range of water sports facilities on the beaches of key resorts like Cala Galdana, Arenal Den Castell and Punta Prima. However, many of the beaches on the northern coast are more remote and may only be accessible by car or foot. Naturally, though, these most 'difficult-to-get-to' beaches are often the most beautiful. One is Algaiarens, a huge bay where parking is limited to 400 spaces, so arrive early in the high season. Another is Playa Cavalleria with its distinctive red sand and double horseshoe shape, accessible by car and a 15-minute walk.
19 Things to do 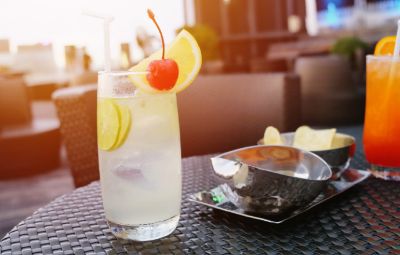 When it comes to nightlife, Menorca has something for everyone, from chic cocktail bars to late-night jazz bars and lively clubs that stay open ...
Find out more 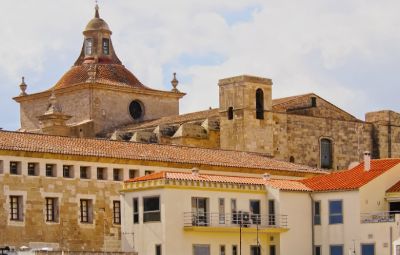 Go exploring in Mahon and Ciutadella

Even a relaxing beach break doesn't feel like a proper holiday without a bit of sightseeing, and top of the list in Menorca are the ...
Find out more 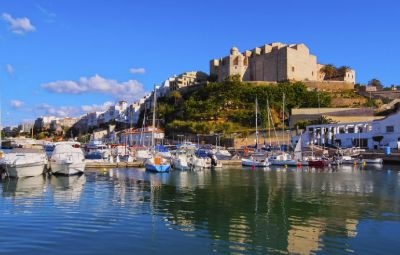 Take a stroll around the town of Mahon

Mahon has more to see than you might expect of a small island capital, and a walk around the historic centre is the best way to take it all in. ...
Find out more 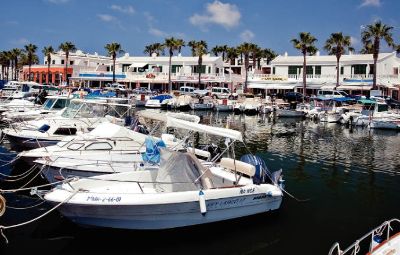 Days and evenings at the Marina

Holidays in Cala'n Bosch revolve around the marina. It's a beautiful part of the town where you can stroll around looking
Find out more 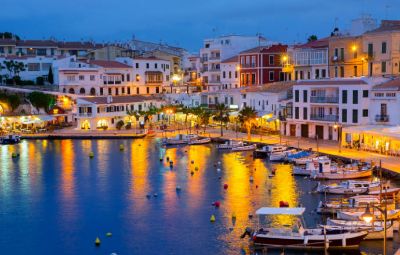 Watch the sunrise in Es Castell

If you can face the early start, this is a must-do when you're on holiday in Mahon. Es Castell is the most easterly town in Menorca and the ...
Find out more 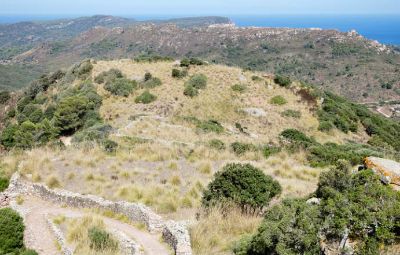 If you're looking to go sightseeing on your holiday to Cala'n Forcat, don't miss the Castle of Santa Agueda. Found in Ferreries around ...
Find out more 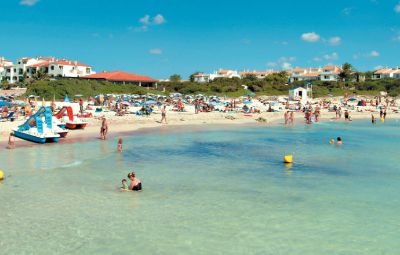 The main beach in Cala'n Bosch is a pretty, horseshoe-shaped bay surrounded by lush thick greenery. This beach has families in mind and is ...
Find out more 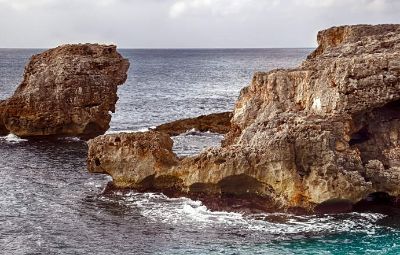 Menorca is one of Europe's most popular dive spots, and it's little wonder. With plenty of sunshine, warm waters of up to 28℃ in the ...
Find out more 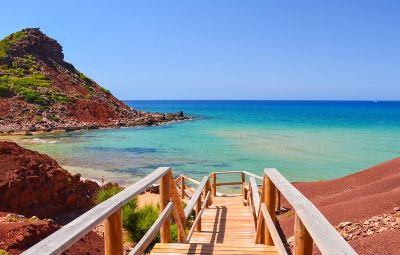 Whether you want to see some of the ”hidden' Menorca or just like to get out for a good walk when you're on holiday, the Cami de ...
Find out more 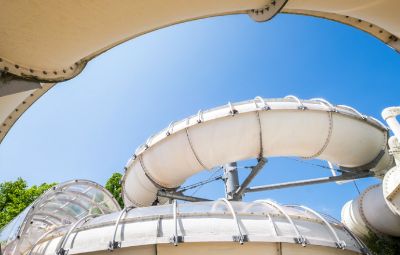 Spend a fun-filled day in the sun with a trip to Aqua Center Los Delfines. Close to the heart of Cala'n Forcat and just a ten minute walk from ...
Find out more 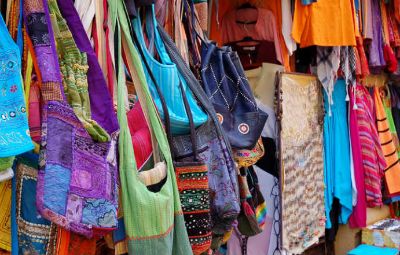 Whether you're looking for souvenirs, some tasty treats or a new holiday outfit, make sure you spend a day exploring the shops that Cala'n ...
Find out more 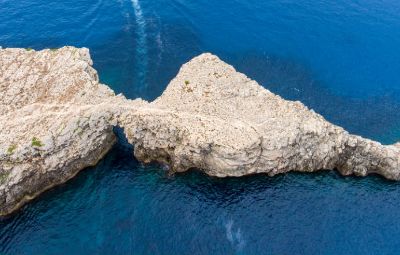 Visit an incredible natural site on Menorca's beautiful east coast with a trip to the Pont D'en Gil. A natural bridge formed in the rocky ...
Find out more 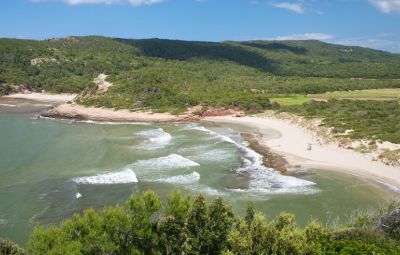 Menorca is famous for its stunning coastline and unspoilt beaches, and you can experience the very best of this at the Playas de Algaiarens. ...
Find out more 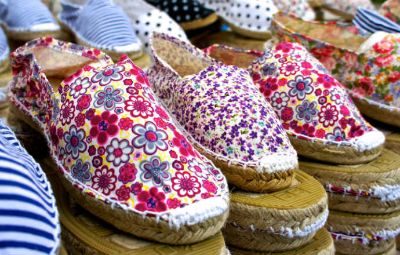 Shopaholics love Mahon, which is as much of a retail paradise as any other self-respecting capital. While things here are a little more low-key ...
Find out more 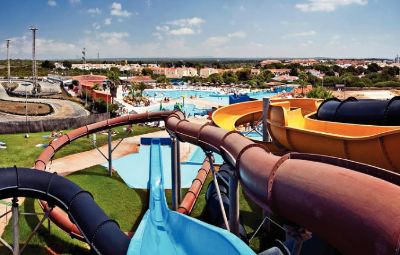 Jam-packed with activities for all ages, the resort of Cala'n Bosch has its own water park, Aquarock. It may not be the biggest of waterparks,
Find out more 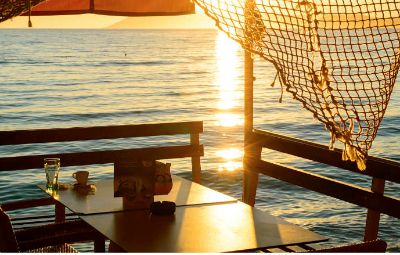 Although there's a sleepier vibe here than neighbouring Ibiza or Majorca, there's still plenty of choice when it comes to nightlife in ...
Find out more 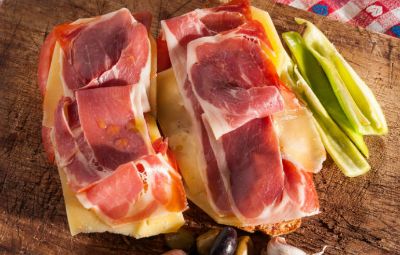 There are lots of great places to eat in Mahon so you'll be spoilt for choice wherever you decide to dine, with everything from authentic ...
Find out more 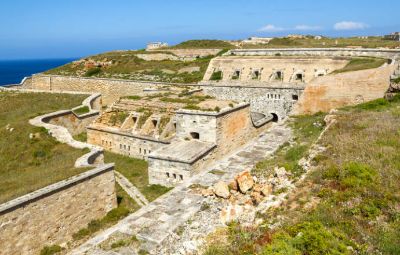 There's a huge 19th-century fortress at the mouth of Mahon's vast harbour and it's one of the top things to see in Mahon according to ...
Find out more 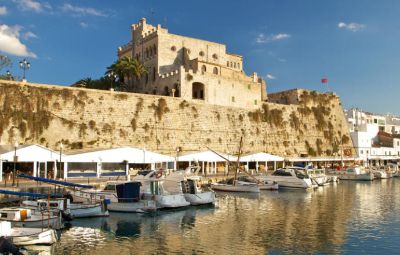 Discover the rest of Menorca

Looking to get more out of your holiday to Cala'n Bosch? Menorca has so much more to give,
Find out more