Closer to northern Africa than mainland Spain, holidays to the Canary Islands promise unlimited sunshine. But its year-round warmth isn’t the only draw - its extraordinary terrain is just as alluring. From Lanzarote’s fiery landscape to Gran Canaria’s never-ending sand dunes, no two of its seven islands are the same. Then there’s the largest of them all, Tenerife! Other than buzzing beach resorts and soaring sea cliffs, this popular spot is home to Spain’s highest and most famous volcano. Wherever you choose to visit, there’s a holiday hotspot for everyone hiding in this Atlantic archipelago.

With such a diverse landscape, the Canary Island holidays offer up experiences of every kind. Beach lovers will have their pick of sunbathing spots. For swathes of white sand, they don’t get much more beautiful than Papagayo Beach in Lanzarote and Corralejo Grandes Playas in Fuerteventura thanks to their natural park surroundings. Elsewhere, you’ll find a good mix of golden and black shorelines, some filled with tourist facilities and others completely remote.

The varied scenery also promises plenty of wildlife sightings. If you’re heading to the south on your holiday to Gran Canaria, don’t forget to look out for whales and dolphins swimming in the Atlantic. Or, you can always spend a day observing tigers, pandas and sloths in Tenerife’s popular Loro Park. More of a waterpark fan than an animal enthusiast? Then, make sure you visit Siam Park, Spain’s top splash-filled attraction! Families will love the giant waves as adrenaline junkies try and pluck up the courage to ride its near vertical slide.

And the adventures don’t end there! Those who appreciate the great outdoors shouldn’t miss out on the chance to explore one of the Canary island’s most famous natural attractions on their holidays to Tenerife. Whether you come here to hike to the top of the towering Mount Teide, or hunt down its stargazing spots - there’s no better way to soak up the archipelago's true beauty than a trip to this national park. While the views across Timanfaya National Park’s lava fields are listed on just about every tourist guide as are the sunsets at Roque Nublo. Prefer wet activities? Then, the Atlantic will be waiting with its long list of watersports, from surfing to snorkelling and sea kayaking.

Tenerife is the largest of the Canary Islands, home to Spain’s highest mountain, fine sandy beaches and some of the archipelago’s most vibrant nightlife. Often referred to as a ‘mini continent’, Gran Canaria is famous for its rocky beaches, sandy dunes and cosmopolitan capital city; Las Palmas de Gran Canaria. While Lanzarote holidays are all about exploring its amazing lunar landscape. It’s also home to an impressive contrasting coastline, from its dark volcanic sands to its golden coves. Speaking of beaches, Fuerteventura has the most of all the Canary Islands, with vast dunes stretching for miles. Nature lovers, on the other hand, will love La Palma with its abundance of greenery and incredible clear skies drawing stargazers from around the world. Not to mention La Gomera and El Hierro for their forest trails.

The Canaries are known for their consistently good weather with temperatures hovering around 22°C all year.

Beach lovers: Looking for sun, sea and sand? Holidays to the Canary Islands offer all three, no matter the season. And you’ll have plenty of options too! From the pristine sands of Fuerteventura to the volcanic shorelines of Tenerife and hidden coves in Lanzarote.

Families: Whether you’re looking for family-friendly hotels, attractions or beaches, there’s something for all ages in the Canary Islands. The whole clan will love splash-filled days in Tenerife’s Siam Park or Gran Canaria’s Aqualand Maspalomas. Families staying in Lanzarote shouldn’t miss trips to Rancho Texas and Timanfaya National Park.

Night owls: Playa de las Americas in Tenerife tends to take the party title with its huge choice of beach bars, clubs and pubs, but Gran Canaria is a close second. With spots opening late and closing even later, there’s no end to the fun you can have in the popular resorts of Maspalomas and Playa del Inglés.

Language: The language spoken in the Canary Islands is Spanish. While locals have a good understanding of English, it’s always handy to know some basic phrases.

Currency: The currency used is the Euro.

Local time: There is no time difference between the Canary Islands and GMT/UK time.

Tourist Information: Further tourist information can be found at the official website for tourism in the Canary Islands.

By bus: Bright green buses nicknamed ‘guaguas’ make getting around the Canary Islands quick and cost-effective.

By taxi: Travelling by taxi is one of the quickest and easiest ways to get from A to B. And you’ll find them just about everywhere in the Canary Islands, with ranks in the most popular areas and resorts. If you prefer to pre-book your journey, most hotels will be able to do this for you.

By car hire: Hiring a car is a good option for exploring some of the island's more remote corners.

Carnival: Head to the Canary Islands in February and you’ll experience the chaotic kaleidoscope that is the Carnival! Across the archipelago, you’ll see parades, colourful costumes, flamboyant floats, hear live music, eat sizzling street food, drink plenty of sangria, and watch fantastic firework displays. To really immerse yourself in the event, head to Tenerife’s capital city, Santa Cruz, where the festivities carry on for two weeks! It’s also worth looking out for the Carnival of Las Palmas de Gran Canaria. One of the biggest carnivals in all of Spain.

Semana Santa: Celebrate Easter in lively Canarian style during the festivities of Semana Santa (or Holy Week). Expect to see parades of nazarenos, carrying flickering candles, wooden crosses and, sometimes wearing heavy chains. While it’s a religious holiday, the Canarians seem to be able to turn any event into an all-night party!

Gay Pride: The Canary Islands have a strong, gay community and May sees the streets of Maspalomas explode into a riot of parades, music and outrageous costumes. The Gay Pride celebrations are both fun and absolutely fabulous!

Do I need a passport?

Anyone visiting the Canary Islands will need a passport, which will need to be valid for at least three months after the day you plan to leave.

Do I need a visa?

If you’re a British citizen, you don’t need a visa to enter the Canary Islands as a tourist. If you’re in any doubt as to whether or not you need a visa, it’s always best to contact the Spanish Embassy to check.

Should I get travel health insurance?

Anybody jetting off on a holiday to the Canary Islands should ensure they have comprehensive travel and health insurance in place. If you become ill or are injured while away, your insurance will cover or help towards the cost of any medical treatment needed. It’s a good idea to have a read through your policy documents before your trip so that you’re aware of what is and isn’t covered, and also to check if there is extra cover for any activities you may be planning.

For up-to-date advice on travelling to the Canary Islands, please visit the FCDO website.

Temperature: Average temperatures range from 18°C in the winter to 26°C in the summer.

Known for its mild climate, the Canary Islands get more days of sunshine than almost anywhere else in the world. Come here from May to July and you’ll enjoy average temperatures of around 26°C, perfect for beach breaks. Those looking to go swimming or snorkelling will appreciate August’s heated waters, when sea temperatures are a pleasant 23°C. But these sun-kissed islands are just as popular in the winter. Although cooler, you can still experience highs of around 24°C and days rarely drop below 15°C.

If you’ve come here to explore the many geographical wonders here, spring and autumn are considered the best seasons for hiking. These months are generally quieter too, so you’ll get to take full advantage of peaceful beaches and attractions.

What should I pack?

What you pack for your trip will depend on what time of year you’re visiting the Canary Islands. The days here are generally long, hot and sunny, particularly during the summer months, so pack plenty of high-factor sun cream and don’t forget your after sun, hat, and a cover-up for long days at the beach or by the pool. Other essentials include sunglasses, plenty of cool, light clothes, and a jumper for cooler evenings.

It’s also a good idea to pack some comfortable walking shoes for sightseeing and an EU travel adaptor to keep your mobile phone and other devices charged on your trip. 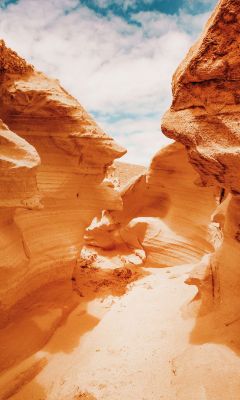 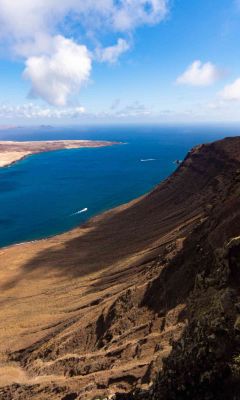 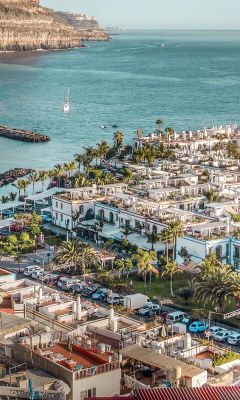 Gran Canaria
Year-round sun for families with nightlife on offer 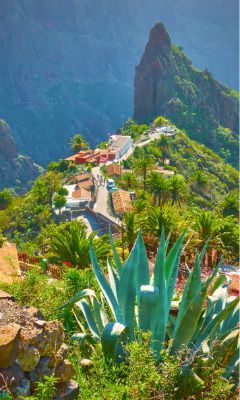 Search all holidays in Canary Islands
Looking for other holidays?
Trustpilot