Hesperia Bristol Playa is a seafront hotel in Corralejo, on Fuerteventura's northern coastline, with views of the ocean and out towards Lobos Island. The hotel is on the promenade and within walking distance of Waikiki Beach, which has soft, light sands and calm waters that are sheltered from the winds due to its curved bay. This white-washed hotel is made up of nine different buildings which overlook a pool area. With parts of the hotel having undergone a recent refurbishment, you'll be able to enjoy the fresh interiors. By the palm-tree lined patio are the hotel's two swimming pools, including a shallower children's pool where the kids can splash about. Days can be spent relaxing here with a drink from the pool bar. Children aged from 5 to 12 years can get involved with the hotel-run kids' club, where indoor and outdoor activities are arranged six days a week. Hesperia Bristol Playa has a buffet restaurant which is open for breakfast, and a second bar in the lobby which stays open until late. If you'd like to head out for dinner, you can go for a walk along the promenade, where you'll find restaurants, tavernas, bars and ice cream cafes.

Hesperia Bristol Playa is based in the lively resort of Corralejo, which has beaches and shops to explore. The resort centre is 500m from the hotel, and here you'll find restaurants serving a variety of cuisine. For a more Canarian experience, you can head for the Old Town's narrow streets to find traditional bars serving tapas or visit the harbour for fresh fish dishes. Waikiki Beach is 1,3km away. You could take the children to the water park, 3km from the hotel. If you're planning a day trip, you could visit the island's capital of Puerto Del Rosario or take a boat trip to neighbouring Lanzarote.

An international buffet breakfast is available each day, and you can get snacks and drinks from the pool bar. If you'd like to make your own meals, your room has a kitchenette, a fridge and a microwave, as well as a dining area. There's a supermarket 500m from the hotel.

If you like to keep active on holiday, the hotel has a gym, or you could play a game of beach volleyball or pool.

The rooms at Hesperia Bristol Playa feature hints of bright colour and rustic furniture. They each come with a balcony or terrace. 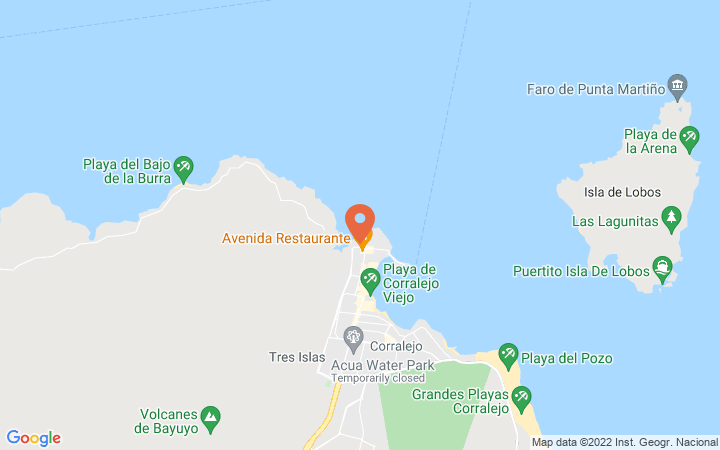 Pool rules are absurd children not allowed any toys or floats . I would NOT bring children to this hotel . The rules around the pool need a review . All for safety but this is was OTT . Even stopped a baby in a rubber ring float with parents ... madness

Flew out 29 March 2022 from Leeds/Bradford on a Jet2 package deal, for 7 nights. I chose this place as it situated just on the north eastern side of the town of Corralejo, about 12 to 15 minutes walk to the harbour. I usually choose not stay in towns as I prefer quieter areas but this was my fifth time on this island and I had never stayed in Corralejo before,so thought I would give it a go. I am a solo traveller. My first impressions on arrival were that it was clean, nicely decorated in the foyer area, the pool area was of a nice design and there is a mini market on site,with very help full staff, if you don't speak the lingo. My room was spacious, with a single bedroom, kitchenette, with cutlery, kettle, microwave, hobs etc. All the usual you would expect when self catering. The bathroom was of a decent size, with a double head shower. There was also a double bed in the living room, which from my point would have been better with a sofa or sofa that folded into a bed. The balcony was decent with pool views. The downside was that it never got the sun. I was in room 214 if I remember correctly. The outside doors to the rooms were old(still with key locks) and mine was hard to unlock and really took some getting into. I should have complained but couldn't be bothered, I just wanted a stress free holiday. The main downside I found to the area the Bristol Playa is in, is that it is prone to the cool, sometimes constant breeze coming off the sea. This made it uncomfortable around the pool area and pool bar. It was the beginning of April so it may improve later in the season but I did talk to a couple who were staying elsewhere who had stayed at the Bristol Playa, before and they had found the same problem. They were at the Dunas Club, which is only about a 10 minute walk from the Bristol Playa but they said it wasn't affected by the breeze, so much. There are different ways to walk to the town , harbour,restaurants and bars. The scenic route is along the Maritimo Bristol, a promenade along the seafront, this has great views of Lobos and Lanzarote. It brings you to the harbour and from there you can find all the bars and restaurants. The first night I ate at the La Luna, I really recommend this ,I love the garlic mushroom starters,it's done in hot oil with a hint of chilli(just like the prawns in hot oil) and I had Iberian Pork for mains and the second time I had Ox cheek, very tasty. There are many bars and restaurants and some of the bars are run by expats, so I didn't have any problems meeting other English speaking people. The music square is a must, there are many bars and restaurants around it. I never actually went to any of them as they were very busy but on my way back one night I stopped to listen to the music being played by a live band.They were singing English and Spanish music, the English was older stuff you can sing along to and dance along with easily and everybody was doing just that. The atmosphere was fantastic and to feel the energy of so many people enjoying themselves, especially after all that has gone on after the last 2 years, was an experience I will never forget. All in all I enjoyed the Bristol Playa but the coolness of the area would put me off going back but having said that it may be better at a different time of year. The weather was mostly sunny and it only rained one night for a short while but I have had better temperatures in November. It was cool on a night as well a fleece or a jumper was needed. I hired a car for 2 days and visited El Cotillo , Ajuy, fantastic little village,Betancuria another beautiful place. There are some fantastic views to be had on FV10,FV30 and the FV605. I also stopped at Morro Jables on the south, the beaches are great and I might consider staying there when I visit the island again. I also had a trip over to Lobos on a rib from the harbour. The ride itself was a fantastic experience but if you are not keen on speed boats then I would take the larger foot ferry. Best 15 euros I have spent.I certainly came out of the comfort zone. I walked to and climbed up Montana La Caldera. If you intend going across to that island allow as long as you can. My trip was shortened slightly due to bad weather being on it's way but it didn't rain until the night anyway as it turned out. The ride back was well let's put it this way, more exciting than the one one coming. If you do intend going to Lobos read up on line about it and plan your day and sail times around what you intend doing, it is an interesting place and well worth a visit. I will be going again but will plan ahead better.

We booked this hotel for a cheap week away during the Easter break and you really do get what you pay for. Rooms and hotel in general are tired and in need of updating, Saying this pool area is good with a great pool bar most definitely the best part of the hotel. It was sad to see the lifeguards spend their time telling people off for breaking trivia rules. I feel their time would be much better spent replacing the plastic overflow trim around the pools edge, I saw many people put a foot through this A MAJOR TRIP AND FALL HAZARD!!! The supermarket on site is good for all essentials and at a reasonable price, town is a 10 minute walk. An average hotel that serves a purpose of which I fear could closed in years to come if not updated soon.