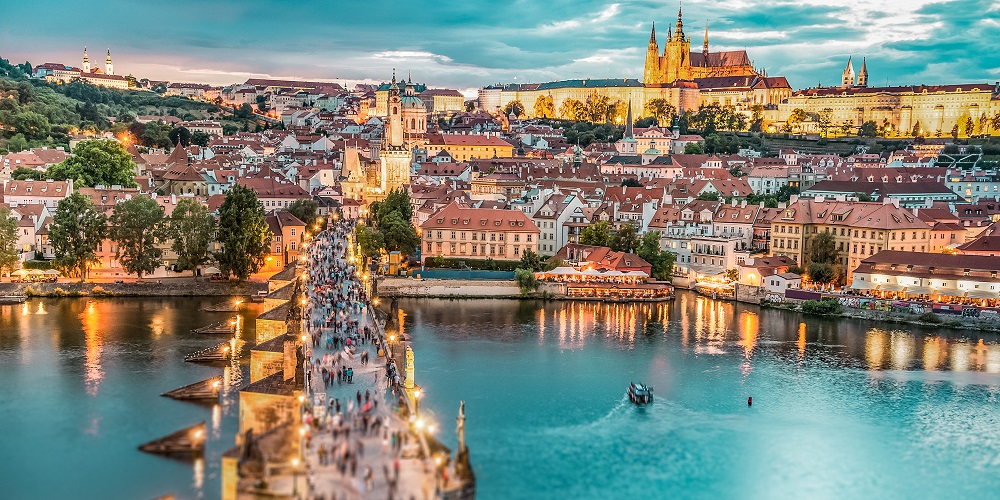 Prague weather in October is very mild during the day with cooler temperatures at night. The city is slightly quieter at this time of year and it’s great if you prefer a more peaceful time on holiday.

Located in the Czech Republic, Prague has a typical oceanic climate mixed with a humid continental climate. The weather can be quite cold as temperatures begin to cool down in autumn. You should also pack an umbrella as rainfall increases and the city can get quite windy. This is due to western winds blowing in with speeds around 10mph, which are quite common in the summer and autumn.

Prague enjoys an average temperature of 11°C that increases to 16°C during the warmest time of the day. The weather cools to just 7°C at night before rising again the following morning. You’ll have six hours of sunshine per day with 75% chance of cloud coverage. It’s likely to rain in October since the average rainfall is 24mm over 16 rainy days and an average humidity of 81%.