Things to do in Skiathos

Whether you're after the old-school charm of a Greek town, buzzing nightlife, getting to grips with some of the island's most spectacular scenery, or you want to laze on a beach and catch some rays, you won't have time to wonder what to do in Skiathos. Combining a fascinating cultural history with all the trappings of an elegant beach paradise, Skiathos has become an increasingly popular holiday hotspot for families, couples, and groups of friends. It's especially popular with groups of hens, possibly as a result of its appearance in the movie, Mama Mia, although we can't promise you'll find Pierce Brosnan! Whatever you're looking for from your holiday, there are plenty of things to do in Skiathos, which will leave you with long and lasting memories. Hit the beach With over 60 beaches spread out along its glorious coastline, Skiathos is perfect for those who want to get some serious sunbathing under their belts. However, while there are plenty of secluded bays and tranquil coves, there are also some beautiful beaches to visit, if you prefer things a little more up-tempo. The most famous of these must be Banana Beach; a stunning sweeping sandy beach located on the west coast. If you don't have a car, it's a short bus-ride from Skiathos and you'll be rewarded with beach bars brimming with snacks and beverages, a wonderful array of watersports, and some great music.

Getting to the best beaches needn't be a problem. If you're looking for things to do in Skiathos, hop on a boat and take a cruise around the island. There are cruises available from the harbour and you'll be treated to a view of the Blue Caves: a series of secret caves and grottos carved into the cliff faces. After that, get out your sun-block and pay a visit to Lalaria Beach. It might seem a bit pebbly, but this is one of the most popular sunspots on the island, blessed with clear-blue waters: perfect for a spot of snorkelling.

For those who are wondering what to do in Skiathos without having to hit the high seas, a stroll around the Old Town could be in order. A guided tour will see you finding out about its famous inhabitants and indulging in a cheeky glass of wine in one of the rustic tavernas. Alternatively, explore the cobbled streets yourself and hunt out the romantic atmosphere of the harbour, or make your way up to the magnificent and imposing Bourtzi Castle.

Take a trip back in time

If you want to dig deeper into the island's past, look out for the Sacred Church of the Archangel, which you'll find in the hills near the town. A medieval church, it's surrounded by lush vegetation and natural springs which were once thought to have held healing properties. Nearby, you'll find the Church of the Virgin Mary and the Evangelistria Monastery. The monastery was founded in the 16th century and now houses religious artefacts, including 17th century manuscripts and rare books. If you don't fancy the walk, there's a regular bus from Skiathos, up into the hills. Whatever you want from your downtime, you'll find there are plenty of things to see and do in Skiathos.
15 Things to do 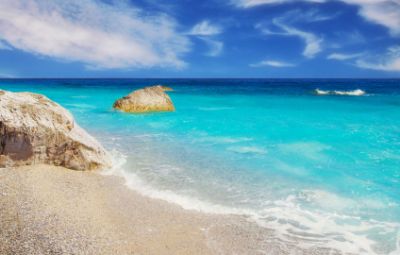 Cruise around the island

Relax on a cruise along the coastline and sail to the Blue Caves; a string of secret sea grottos that are carved into the cliff face.
Find out more 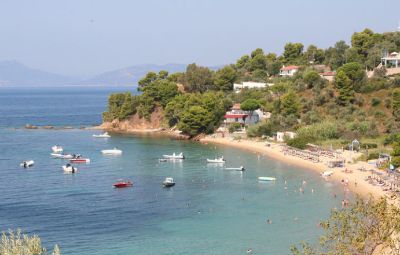 Get ready for a relaxing day in the warm Greek sunshine when you spend the day at Troulos Beach. It's the centre of all the action for this ...
Find out more 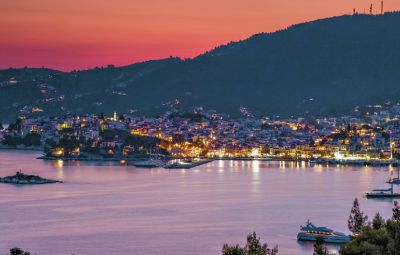 While Skiathos might offer old-school Greek charm and tranquil, golden-sanded beaches, it offers much more, particularly for those who like their ...
Find out more 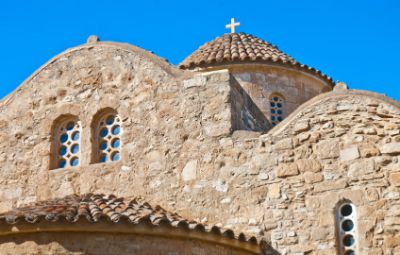 Few visitors are aware of the medieval past of Skiathos and the island's religious sites. The Sacred Church of the Archangel can be found after ...
Find out more 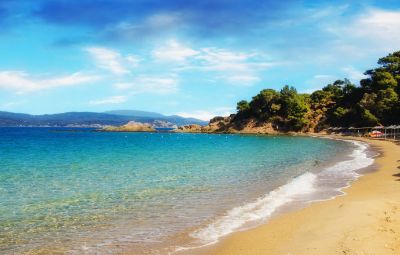 For a beach day to remember, head to the west coast of Skiathos island where you'll find the ever-popular Banana Beach. Hop on one of the ...
Find out more 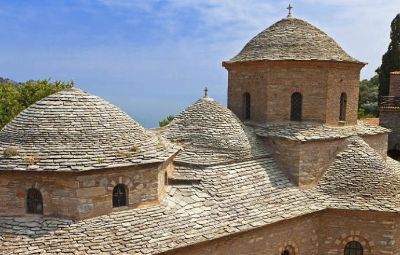 If you love to explore, your holiday to Troulos isn't complete without a visit to the Monastery of Evangelistria. Perched on the top of a hill ...
Find out more 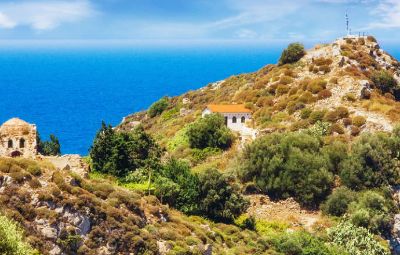 A holiday in Skiathos isn't complete without a visit to Il Kastro. Otherwise known as the Castle of Skiathos, the landmark sits proudly at the ...
Find out more

One of the best ways to discover Skiathos is to explore the Old Town. Take a guided tour through the traditional neighbourhoods and sites.
Find out more 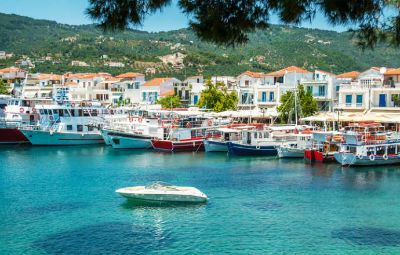 Get excited about a memorable adventure cruising across the Aegean Sea when you book a Skiathos boat trip. Whether you want to go on a morning ...
Find out more 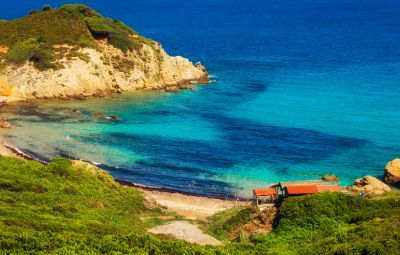 If you're looking for a relaxing beach break in the sun, then Skiathos is the perfect place for you to go. There are some fantastic sandy ... 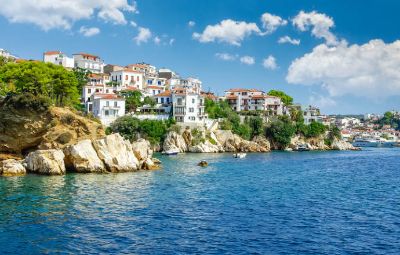 Get back to nature and look forward to seeing some spectacular scenery when you tackle some of the Skiathos walking trails.
Find out more 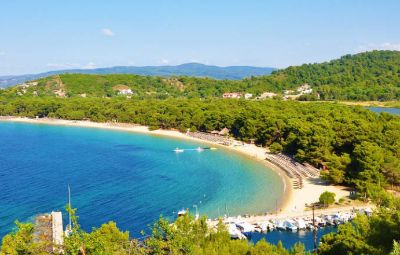 Get ready to soak up some golden Greek sunshine and recharge your batteries on Koukounaries Beach. It's impossible to miss the beach, which ... 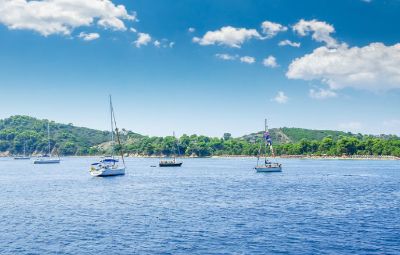 For an evening of fun at an atmospheric local bar, pay a visit to La Bussola Bar in Koukounaries. Close to bus stop 24, the bar's a great ... 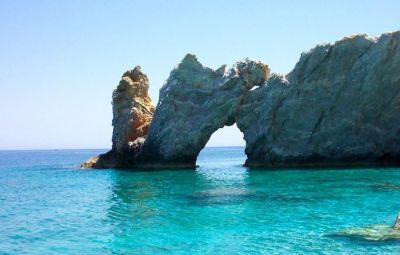 Prepare for a memorable trip across shimmering Aegean waves with Skiathos sailing trips. 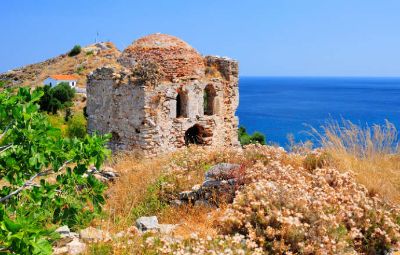 Visit the Castle of Skiathos

Go on a day trip to the northern tip of the island and visit the Castle of Skiathos. The locals know it as Il Kastro