Things to do in Paphos

Believed to be the birthplace of the Greek goddess of love, Aphrodite, Paphos is an ideal holiday destination for a romantic getaway. Discover ancient ruins, churches, monasteries, and some of the best beaches in the world; Paphos is perfect for couples who want quality time with each other and families who want to learn about the region's history and culture together. With turquoise water and a warm, Mediterranean climate, it's also the ideal holiday hotspot for those who want nothing more than to just kick back and relax.

There are plenty of things to do in Paphos, whatever your interests might be. If your idea of holiday heaven is to catch some rays on powder-soft sands while listening to the gentle lapping of the sea, you'll be spoilt for choice! Paphos has around 27 beautiful beaches, with almost half of them having a Blue Flag status. Faros Lighthouse Beach is popular if you're travelling with children, as there's shallow waters, regular lifeguard patrols, and good amenities including sunbeds, showers, and nearby places to eat. St George Beach is more popular with honeymooners as you'll find breathtaking views across the ocean, and with lots of activities to keep you entertained including Scuba-diving and boat trips to the nearby caves are highly recommended.

Paphos is almost a living museum, displaying aspects of its past almost everywhere you go. Of all the historic things to do in Paphos, a visit to the Kato Paphos Archaeological Park should top the list. Designated a UNESCO World Heritage Site in 1980, this enormous park holds sites and artefacts from as far back as the Neolithic era, through the Middle Ages and into Roman Times. You'll find Roman villas, sporting beautiful, mosaic floors and an extensive range of monuments such as the Tomb of the Kings, the Asklipieion, and the remains of an ancient Christian Basilica. Venture further and you visit the famous 'Aphrodite's Rock', which is said to mark the birthplace of the goddess.

Fun for the whole family

There are plenty of family-friendly things to do in Paphos. The Paphos Aphrodite Waterpark is the best place for children of all ages. For older kids, thrilling rides and slides, such as the Free Fall and the Kamikaze, are bound to keep them entertained. Little ones can still join in the fun on rides such as the Lazy River and the Family Rafting experience. Alternatively, if you want to slip some education under the radar, take a visit to Paphos Zoo. With an astonishing array of birds and animals, it's one of the most popular things to do in Paphos.

Eating out can be one of the most exciting and rewarding things to do in Paphos. Cypriot cuisine is healthy and delicious. Stop by a taverna or a restaurant for lunch or dinner and you could find yourself dining on local specialities such as fresh Halloumi cheese, Sheftalia sausages, and mouth-watering kleftiko. If you've got a sweet tooth, the village of Geroskipou, which makes the tantalising 'loukoumia', the Cypriot answer to Turkish Delight!
10 Things to do

Cyprus is home to some of the best nightlife in the Mediterranean, with Ayia Napa offering some of the craziest events and clubs you can find.
Find out more 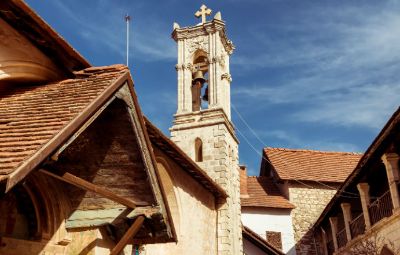 To discover more about the history of Cyprus, pay a visit to Chrysorrogiatissa Monastery. Found near Panagia village, the monastery dates back to ...
Find out more 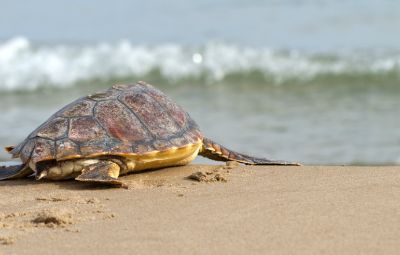 See conservation in action with a visit to the white sands of Lara Bay; a safe haven for the Greek population of Green and Loggerhead Turtles.
Find out more 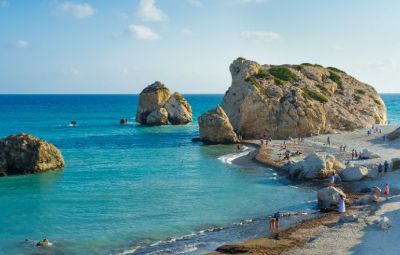 Aphrodite's Rock, or Petra tou Romiou as it's also known, is a sea stack located between Paphos and Limassol.
Find out more

Tombs Of The Kings Paphos Cyprus

The hugely impressive Tombs of the Kings are located two kilometres north west of Paphos harbour. There's no doubt that they should be up near ...
Find out more

Perhaps the most iconic of Paphos' landmarks, the medieval Paphos castle stands tall and proud in the heart of the harbour.
Find out more

Paphos has a number of small beaches of its own, but one of the best beaches in the area is located around 6 kilometres north of the city.
Find out more

For a unique half-day trip, take a tour around the family-run Aphrodite's Rock Brewing Company near the village of Tsada in Paphos. From ...
Find out more

Fancy a round or two? Pack your clubs, brush off your Pringle jumper and grab your gloves, it's time to put your golf skills to the test with ...
Find out more 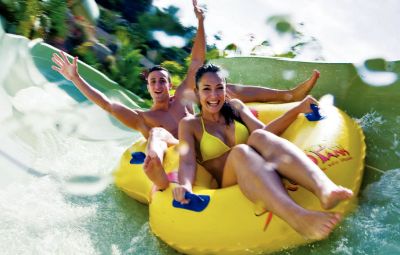 Whether you're holidaying with the family, friends or as a couple, there are those days when catching the rays on one of Cyprus' beautiful ...
Find out more