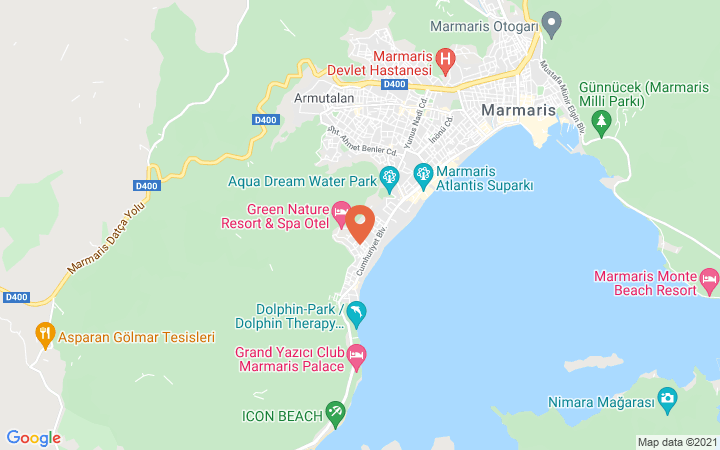 After seeing not Very good reports we were not expecting alot . But we were pleasantly surprised . Tho a little personal servic

Was a little disappointed that nothing was done in our room for my husband's 50th birthday .. the walk across the road to the restaurant is a little off putting aswel ! But the hotel is very clean . The food is repetitive if your fussy ! Tho we got by . The beach is very private and safe . Just off the restaurant area.

PLEASE READ!! Me and my husband went to stay at the emre/emre beach hotel which was for our honeymoon. We were told we would have a sea view but was actually put in the hotel which was behind the beach hotel which you could literally see a tiny bit of sea. On the last day I woke up early to realise that my hand bag was missing. I reported it straight away to be told I may have missed placed it and to have a check about to the places I had been. I knew where I left my hand bag so again I reported it which the man said he would look and ask the cleaners if they have seen it. The one cleaner in particular who had been cleaning out room had said she hasn't seen the bag after showing her photos of what it looked like but after the CCTV was reviewed realised that in fact she had solden my hand bag and belongings in there. The police got involved and managed to get my bag back but everything inside was missing including English money paperwork for flights to get home and most importantly my wedding jewellery. We asked if we could have them back but by this point she said she didn't have them. We spent our full last day of our honey moon being interviewed and telling ourside of the story. I was told by one of the managers that we could come back to the hotel this time with our 2 children and would be put in one of the best rooms they had with a hot tub. We have just got intouch as my partner holidays have recently been renewed. Weve been told that we can book for a standard room and pay the full price and they might be able to upgrad us to the better room if it's available when we check in however there isn't much availablity as they don't have that money of the special rooms which was there own words. Basically going against everything they promised in return they could change out mind of the hotel and hopefully not post a bad review. The woman from the hotel who was employed by them let herself in our room and had taken it upon her self to steel my personal belongings and most importantly the most sentimental belongings

I wouldn't recommend it.

Luckily we managed to have a good time in each others company, otherwise the trip would have been a complete waste of money. To start with, having the hotel seperated across two sites was a nuisance and made us feel that we were second rate guest. Having to negotiate the extremely busy main road to get to eat and use the beach was not fun. Our site had only a tiny bar and no other facilities to eat or drink. So if you wanted a late night snack, there was no chance of getting one, unless you ventured out to one of the local restaurants, some of which left a lot to be desired. The surrounding area is like a very trashy English beach resort, with shop after shop, with names such as Harrod's, JD's etc, selling fake goods , and no authentic Turkish merchandise, such as rugs etc. The hotel rooms were clean, but a little tired. The rooms for 3 were an extremely tight squeeze, lucky our stay was short, I can't image how we'd have coped with longer. The cleaner appeared to be reluctant to give us sufficient toilet paper for some reason. And in both rooms we had to keep asking for more towels, (which there was no where to hang), and a bath mat. One of our rooms didn't get towels until day 3!! The bathroom had no door, so there was no privacy. So if you are sharing with people you don't know very well, beware. On arrival the receptionist was rude and abrupt, and not at all welcoming. This was generally the way throughout our stay. The nicest staff were the men in the hair dressers and some of the waiters serving the tables, and the ladies in the spa. But over all, they were not very friendly at all. We were shouted at by one of the entertainers, who kept harassing us, until we gave in and bought tickets for the bingo. Then when we decided not play after waiting over half an hour for it to start, he chased us down and threw our money at us. Demanding we give him back his tickets, shouting at us that we should take our money back, when we told him to keep the money. The all inclusive, was not actually all inclusive. The alcohol, teas and coffee were limited and quite frankly awful. I was offered an amaretto sour when they didn't have the drink I actually asked for, and was given a Fanta (I think), but it certainly wasn't alcohol. There was an extra charge for fresh juice and none of the cocktails requiring fresh juice were actually made with fresh juice, but with squash. The coffee and tea were never actually hot, but Luke warm. The towels and bed linen were worn and tired, I use better towels when I shampoo my dogs! And so we bought towels from the shop across the road to use. The food was okay, edible but repetitive, so we eat out most of the time we were there. There was a lack of fresh veg, other than salads (which were good), and no seafood to be seen at all. The beach area is tiny and the sun beds are laid out literally side by side. So there is no room to turn the bed to follow the sun if you want to. The beach towels were awful! We ended up using the beach area of the bar next door, where you had to buy drinks to use the sun beds, which was fine. We spent a nice day there, until it was ruined when we were racially abused by a Russian couple, whose behaviour was so awful to us, that they were asked to leave the beach area, it took four men to get them to leave. The hotel pool was tiny, not big enough for the amount of people at the hotel, and seemed to always be in the shade. We didn't even attempt to use it. On the whole, the other guest appeared to be a lot older, 75 and up, I guess that is because it was the end of the season, so Turkish people were having their break there. One of the plus points was that we were allowed to keep one of our rooms for a late check out without charge, so that was helpful. The staff in the spa were really lovely, helpful and professional and the treatments were excellent value for money. Sadly, the area again was a little tired and in need of an upgrade or refresh. But if you do go, I would recommend getting a treatment. In a nutshell, I definitely would not recommend this hotel, particularly if you have children, there is nothing for them to do, and if you are on the 'land view' side, it could be dangerous with the road. Overall, I wouldn't recommend this stretch of beach if you are thinking of holidaying in Turkey. I have been to Turkey twice before and this was by far my worst experience of it. Even a member of staff told us that he thought the hotel was actually about a 2 star and advised us that there were much nicer hotels to stay in along that stretch.