The appealing Viking Garden Hotel & SPA is beautifully situated in one of the former orange gardens and in the spring, guests can enjoy the fine scent of the blossoming trees. The centre of the popular holiday resort of Kemer with its shopping opportunities, restaurants, bars and the harbour is within walking distance. The hotel has a private beach, which is just over a kilometre away; the public pebble beach is at 300 metres.The architecture of this family-friendly resort hotel is reminiscent of the Ottoman Empire style and fits perfectly in these beautiful surroundings. Children will get taken care of in the mini club, there is a separate children's pool as well as a playground. In addition, there is a main outdoor pool, an indoor pool, a pool with slides as well as an adults-only pool in the relax garden (open from May 15/October 15). Guests can indulge in total relaxation in the spa area. A fantastic hotel for couples and families with children.

from £16 per person per night 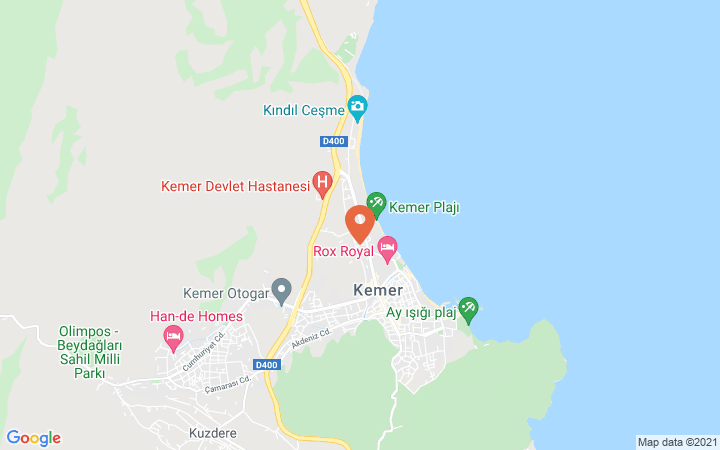 Myself and my partner booked this hotel and we absolutely loved it. The hotel caters to a Russian crowd I’d argue but we absolutely loved staying here. Staff are incredible and when they are not looking terrified and confused you’re speaking Scottish to them instead of Russian, they are working flat out to ensure you’re enjoying yourself. The little cleaning lady that did our room everyday deserves a special mention as does the young bartender at the adults only pool. There’s only one restaurant and it does try to vary but longer you stay the more predictable it gets. It’s cooked fresh and there is a wide variety. My major issue was lack of vegan stuff available. I think in this time and age businesses need to be aware of being able to just cater one thing. Here’s a few examples of how you could’ve EASILY made this vegan happy: The pasta sauce didn’t need the small nondescript meat in it at all. The fact there’s fourteen different types of meat served separate ensures that folk can still enjoy animal cruelty with their pasta! Likewise with the chickpea dish that was served some nights. It didn’t need the meat in it either. Likewise with the aubergine dish. Tiny nondescript meat in everything. The salad stuff was excellent but definitely needs put under a refrigerated thing, like you do for the cheese, because the flies in it surely make it meat? That’s literally the only gripes, apart from the internet access. It’s ok to browse websites from 1995 but if you try to stream something, good luck! (€3 a day btw, staff should have ski masks when charging you for it!). The hotel is excellent and I highly recommend it. Hopefully they take my constructive feedback with a pinch of salt and definitely no meat.

It was not 4 stars

The holiday overall was decent but the hotel was a bit of a pain. We arrived one day and then we were moved the following day to another part of the complex. The staff were alright, not very talkative.