Punta Cana Princess All Inclusive is an adults-only, All Inclusive hotel that sits on the long, sandy beach of Arena Blanca. It's within driving distance of the resort of Punta Cana on the eastern tip of the Dominican Republic in the Caribbean. The hotel is part of the Princess Resort, a complex of three hotels that also includes Tropical Princess Beach Resort & Spa and Bavaro Princess All Suites Resort & Spa. You can make use of any of the 12 restaurants and five pools across the three sites. If you want to have some relaxing downtime, there's a spa with a whirlpool, a dry sauna, steam room and Turkish bath. The pool also has a whirlpool. For sports and fitness activities, there's tennis, mini golf and archery available on site, or you could have a go at volleyball on the beach. In the evening you can pay a visit to the hotel's nightclub. The hotel has its own clothing store and gift shop, or for a wider choice of shops, the nearest resort is Bavaro, a short drive away. There you can find several major shopping centres, as well as bars, restaurants and some popular clubs for nightlife.

Arena Blanca beach is within 300m of the hotel, and offers a long stretch of sand fringed with coconut trees. Further along the coast, the larger resort of Punta Cana is 13km away. The resort is popular with golfers as it has 11 different courses to play on, while nature lovers can appreciate the flamingos, peacocks and parrots that fly wild here. Day trip options include island-hopping or jungle walking in the National Park del Este in the south, or a visit to the historic capital of Santo Domingo, which has a 500-year-old cathedral in its UNESCO world heritage Colonial City.

Punta Cana Princess All Suites Resort & Spa offers scuba diving lessons in the pool. Daily activities are organised around the pool and at the beach.

Large and lovely pool area with a pool and a pool bar. On the beach below the hotel there are free sun loungers and umbrellas for hotel guests.

All rooms have balconies or terraces, a TV with satellite channels and a minibar. They also have centrally controlled air conditioning, and Wi-Fi is available.

The hotel has a clothing store, gift shop and a mini market.

This hotel is popular! Rated excellent by 7776 people on Tripadvisor 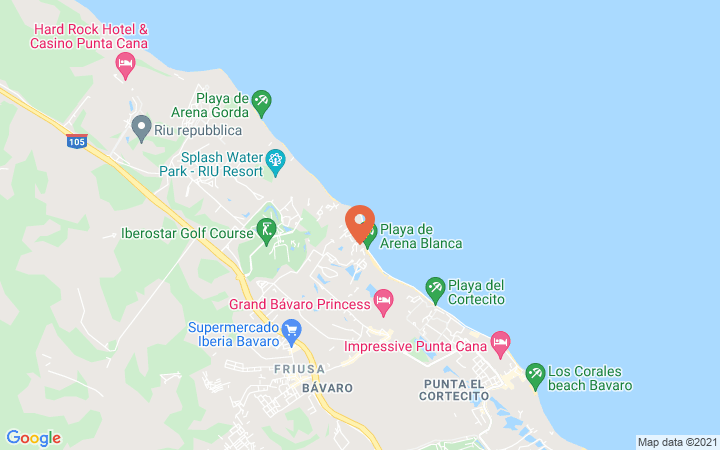 HORRIBLE!! NEVER GOING BACK!! Sorry we wasted 9 days there!!

The best vacation of my life

The hotel was perfect. Everything was taken care off. Animation was very cool. Especially big thanks to Felix and his team. The weather was good. We liked the barbecue on the beach at sundays had a great vibe with sangria also.

This resort its wanderful very nice food 5 star and drinks 4 they have president beer and mamahuana.spectacular beach the best in the area .only complain its the bed terrible very hard but with the service 5 star .gray in the beach bar she is the best she want to give all ufffff she have to be the boss in the all bar lm very excite it with her. She stop the huurrican fiore with amability.and the general manager is an angel always in front and all around in order every body be happy and nothing miss.jose in the bar beach it great and maria and emilio in the lobby ufff so great.l come back soon l eat lobster fish and meat so great. I imagen without horrican will be uffff 5 star. .l recomend this resort .go and never forget this .thank you general managel for your attention to my family.see you soon.

From £25pp with no hidden fees