Gala is a family-friendly hotel near Playa de las Americas, on the south west coast of Tenerife. It has two outdoor swimming pools, one of which is heated throughout the year. Children can play in the splash pool, which also has a water slide. It's a short stroll to the beach, where you can paddle in the shallow water or stretch out on the dark-coloured sand. You'll also be a short walk from the bars, nightclubs and restaurants of Playa de las Americas, along with its palm tree-lined waterfront. You can dine at the restaurant, which offers a buffet breakfast, lunch and dinner. If you feel peckish between meals, you can also order snacks and drinks from the two bars. Set in gently sloping gardens, the building has a whitewashed exterior, with a sun terrace overlooking the Atlantic Ocean. You'll find floor-to-ceiling windows in the lobby, alongside a bar, TV corner and Wi-Fi. Rooms have light coloured walls, wooden floors and matching furniture, plus patio doors leading onto a balcony or sun terrace. At Gala, you can spend time at the spa, which offers a selection of treatments, including wraps, peels and massages. If you prefer something more active, you'll find table tennis, darts and fitness classes onsite. The hotel is within walking distance of local attractions, including a water park, golf course and three shopping centres. You can take a day trip to visit more sandy beaches and rocky mountains, along with the seaside resort of Puerto de la Cruz, in the north of the island.

Gala is a short walk from the centre of Playa de las Americas, with its bright lights, nightclubs and bars. You can hunt for souvenirs in the local shops or sip a cocktail at a waterfront cafe. You'll be 1km from Siam Park, which has water slides, swimming pools and a lazy river, set amidst the palm trees. If you like walking, you can wander across the seafront to Los Cristianos, which is a short drive away. The former fishing village is home to two beaches and a boat-lined harbour. You can dine on freshly caught seafood at a waterside restaurant or order drinks at a rooftop bar. Further afield, you could take a day trip to the Teide National Park, with its active volcano and mountainous terrain. You can hike through the hillside trails or take a cable car to the summit. From here, you'll have views across Tenerife and neighbouring islands, including Gran Canaria, La Gomera and La Palma.

At Gala, you can dine alfresco or indoors at the buffet restaurant, which offers a selection of international cuisine at breakfast, lunch and dinner. You could also sit in the shade of the poolside bar, which serves internationally branded drinks and snacks from morning until late.

You can keep fit at the gym or join an aqua aerobics class in the pool. After sunset, you could watch the evening entertainment with a drink.

Rooms at Gala come with Wi-Fi, air conditioning and a safe, plus a TV with satellite channels. Cots are available for younger guests.

This hotel is popular! Rated very good by 3230 people on Tripadvisor

from £41 per person per night 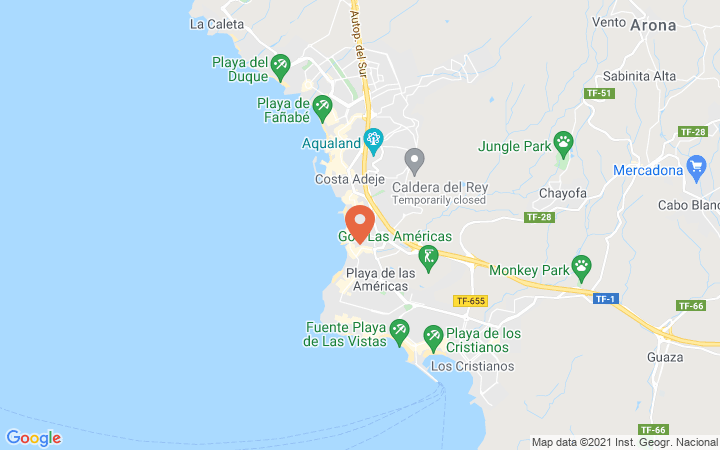 The corridor of forgotten rooms

Stayed in this hotel in may 22 had a lovely room on the 4th floor. Stayed again sept 22 on the 4th floor, not so nice this time. The room was nicely decorated in greys and white but we seem to be on the corridor of forgotten rooms. Our outlook was a massive bunch of cacti that were held up by some 5’x2’ planks of wood and was looking out onto the main road and supermarket. Cleaning and the room: the maid came in and made the beds. I know the top covers weren’t changed as I had put a couple of faint marks on them off my feet (oops) but the dirt on my feet had come off the room floor. We could see where the maid had mopped and it was literally the walk areas. The terrace was not swept or mopped at all as we saw the same residues in the same places the whole week. Not sure what they had used to do the bathroom floor but be extra careful as I stepped on it (with trainers on) and slipped, my ankle was a nice size for the remaining 5 days. of my holiday. The aircon did work but twice in one week we had to have the maintenance repair man out as it sprung a really good leak and we had water gushing into our hallway (another slip hazard). The tv does not cater for English people and there was only news 24 or Bloomberg to watch. No fridge so we had to buy a bag of ice everyday to keep out milk cold IN THE BIDET as the sinks aren’t deep enough to submerge anything. There is no kettle and no fridge. The bath didn’t drain very well so when taking a shower the water was past your ankles (another slip hazard) Food and dining: always something to eat but not the best. Breakfast was the worst choice of the day. Only stayed half board so had breakfast and evening meal. Some of the evening choice was ok but maybe better if it was warm. The waiters get to know you and are polite but they tend to stick to the ones who are wanting drinks with their meals, I wasn’t paying €3 for a 200ml coke so they seemed to not bother with us when we walked in. Dining area is very clean. Pool area: didn’t have to fight for sunbeds no matter what time you went down, we got the same ones for the whole week. The deeper pool is rather cool but the larger kiddy/adult pool is nice apart from the breeze that seems to get up everytime you step out of the water that isn’t the hotels fault though. At other hotels we have watched cleaners hosing the tiles and cleaning the pool but on this occasion we didn’t see anyone do either. Reception and staff: clean and welcoming and the reception staff that dealt with me were very courteous. Most staff are very polite just the odd one, which you get in most areas of work aren’t so jolly. Unfortunately due to our room location and the problems we had I don’t think I will stay at the gala again which is sad because our first room in may way lovely

The hotel and facilities on the whole I found very good. As for a previous post regarding disabled access to the pool no ramps. Pure & utter nonsense. which ever lift you took to the restaurant/pool area all had accessible ramps to the pool area. Once at the pool area there were also ramps up to the upper tier sun terraces. The food was good. Ok not Michelin star but what do people expect. Always a variety of different dishes meat/vegetables/salad. every lunch time and evening freshly cooked meat & fish. one day pork/chicken/lamb/steak/sea bass/salmon etc. Not the same everyday always other choices with other dishes. Obviously the people that say the food was boring must have an exotic diet. Ostrich/zebra/alligator/kangaroo! Breakfast was also good. good selection of continental style breakfast. freshly cooked omeletes. Cereals & fruit/pastries. Not all the vegetable/potato dishes have additional items if you looked properly. plain mashed potato/potatoes/rice/ spaghetti and of course CHIPS etc. Hilarious that people moan that chips with everything (not the case!) I am sure if there were no chips it would cause a riot!! Drinks que not a problem but I can see in peak season it might be. I think this is something the management should look at for the future. I can understand previous posts that this could be very frustrating & annoying taking 10minutes plus to get a drink. All the staff very helpful & nice. One surly & miserable bar staff that was all. Hotel really clean & they never stop cleaning. Pool area nice. We had 2 rooms overlooking the pool and Veronica strip and with balcony doors closed not disturbed at all. Enjoyable experience & would return.

From £25pp with no hidden fees