The hotel is located in the Costa Teguise tourist area, in front of a small beach. It is just 250 m from Spoons' Beach (Playa de las Cucharas) and the commercial area with shops, bars and restaurants. The hotel's location offers guests the opportunity to enjoy all kinds of aquatic activities, as well as various sports, entertainment and relaxation options. The centre of Arrecife is approximately 7 km away.The air-conditioned, family-friendly hotel was renovated in 2011 and offers 177 apartments. The hotel is built on 3 floors and offers lift access to all areas (barrier free), as well as an area with WLAN Internet reception and areas for adults and families. Guests are welcomed in the lobby, which offers a 24-hour reception service and currency exchange facilities. Facilities for families include a children's playground, a kids' club and a games room. Guests can relax in the TV lounge, café, or bar, or have fun in the pub and disco. The hotel also offers two restaurants. Guests can make use of the laundry service and car park.The apartments are suitable for an occupancy of up to eight persons. Each offers a sea view or mountain view, and features which will suit all family members. All apartments are en suite and feature a bathroom with a shower, as well as a bedroom with a double bed, and a living room. Each also features a kitchenette with a microwave (guests should check availability), a fridge, toaster and coffee maker. The apartments also come with a 32-inch flat-screen TV with access to satellite channels, as well as free WLAN Internet access. The apartments are air-conditioned and come equipped with a hairdryer, telephone, Wi-Fi, safe box and minibar as standard. Additional features include central heating and a balcony or terrace.

This hotel is popular! Rated excellent by 4457 people on Tripadvisor

from £40 per person per night 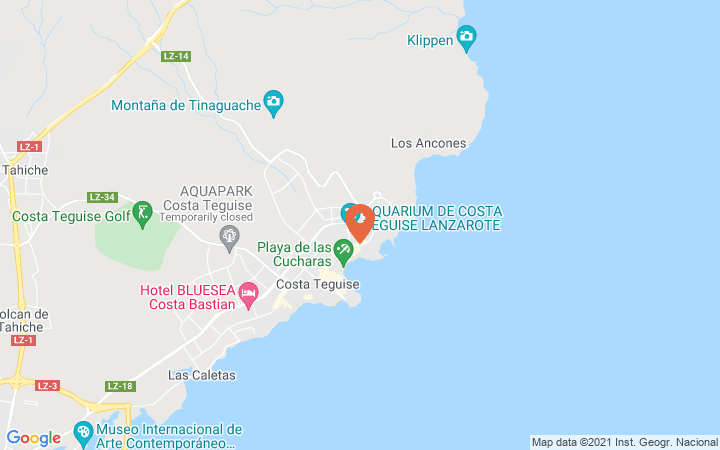 Fabulous time at HD! Thank you so much!

Just back from two brilliant weeks at this hotel. We knew from the off we were in good hands when meeting the reception staff. In particular a special mention to Gonzalo and Daniel. We literally could not fault anything. We are a family with two boys aged 18 & 15. We had rooms 128 (Emblem and overlooking the sea which was beautiful) and 110 also sea view. Both rooms were perfect. Very big with double sinks in bathroom and walk in showers. Cleaned to high standards every day and plenty of wardrobe space which some hotels lack (but please provide more hangers!!! ) I would however say a massive tv over a dressing table was a shame as I had to use the mirror by the door and move a chair to sit down! We paid extra to be Emblem and would highly recommend the benefits! Such as the Exclusive breakfast room was amazing (massive thanks here to Fabian for always looking after us and advise on sightseeing the island) and your amazing service! We loved the drinks in the room and robes etc. all nice touches! Would only stay emblem here again! The pool areas were perfect for us. Yes the pools were cold but this was a lovely cool down sometimes! We always got a sunlouger and loved the fact that the pool staff threw towels off. Keep it up!! Should be like this in more hotels! People are just too greedy reserving and not coming back till after lunch so we were glad to see this was also monitored! We loved that no inflatables were allowed in the pool! Again…such a good decision! Made swimming more enjoyable for sure!! Food was perfect! Lots of choice and plenty of seating. It could get busy around 7.30pm and not many tables available but worth being patient. Special mention to Jake who we met on our last few nights! You all work so hard! Thank you! As for repetition of food… I never understand why people moan about all inclusive food being repetitive. What do you expect? If its that boring for you… break up your stay and eat out now and again! Don’t be stingy! That’s the beauty of this location. 15 minutes from the town with so much to offer. Drinks were great and yes there were queues sometimes. But this is not a massive hotel and the staff never complained! In fact…. Everyone was always so happy and helpful. We didn’t partake in the activities much as unfortunately the wind was too strong for most of the two weeks for the wind surfing and paddle boarding. So we did other things. A great place to run! Many 5k runs up and down the promenade for me! A little sad when yoga was on, it was around 11am. Too hot for me then and I’d rather do early! The entertainment team amazing ! They worked none stop and one of our favourite nights was seeing Joseph the Motown singer. Most people got up for a boogie! Highly recommend using the spa! Absolutely beautiful. A really luxury and a definite bonus on the last day for a late flight to change and use showers. We did a car hire for a few days and did Timanfaya, Jameos Del Agua, Papagaya beach, mirador rel Rio and playa Blanca. We also did the catamaran to La Graciosa. We visited the Aqua park but this was ok. Not amazing. We loved the 3 hour buggy tour which we walked to pick up in the town. Very Adrenalin packed! All in all.. I wanted to give a full justified review of this hotel. The size of it I think works so well and the attentive staff make it all top class! Well done to you all! We hope to be back one day!

A much awaited holiday

We had been waiting to go here 3 years as had to keep postponing due to Covid-19. Hotel and pools are a good size. It felt like it could have done with a few more sun loungers. We spent time at the small pool and the kids slides/pool which is by the bar where it was self serve soft drinks, beer, coffee you could get sangria also if you asked at bar. Very windy which was great in the heat. Food self service buffet breakfast, lunch and diner which is great with kids as no waiting around. Self service wine/ soft drinks and refillable water stations which was a great idea. My only problem I had was our patio door wouldn’t lock so had to get someone to come out and get it fixed so I didn’t sleep well the first couple of nights as worried about kids and their beds were squeaky when you moved around which they didn’t like. the reception team were excellent and hands up to the housekeeping team keep up the hard work. I know how hard your job is as that’s what I do in England. Rocky beach out side great for crab spotting. 10-20 min walk to the right is a much more sandy beach then past that one is another small beach where you can feed the big fish lovely clear water. Shops and restaurants all near by those beaches. We did the boat trip on the catermeran boat which was fun. We stayed in 242 middle floor over looking the main pool and could see the sea which was lovely.