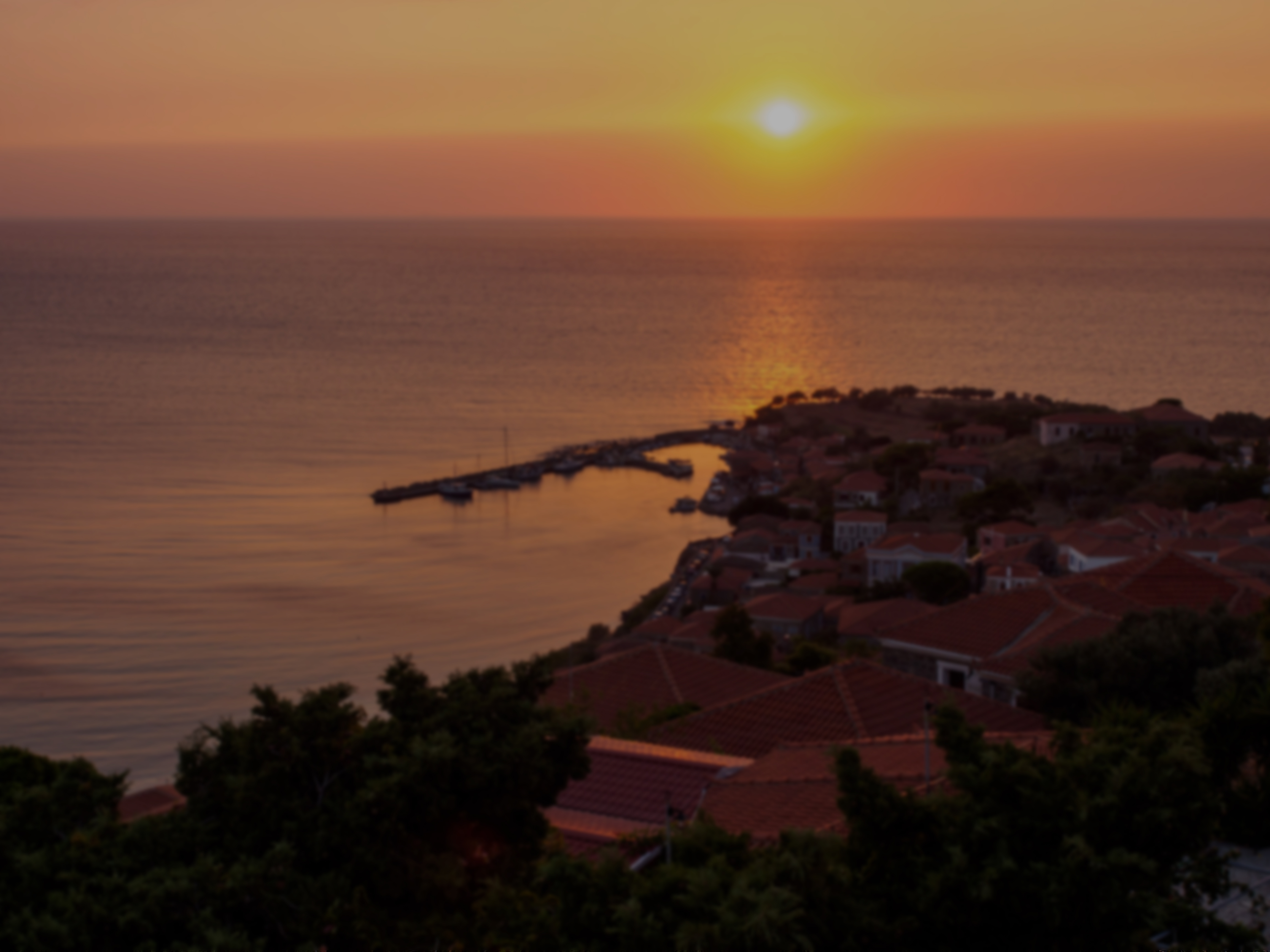 Petra weather in December is quite cold and rainy, with an increase in rainfall and some of the lowest temperatures of the year. However, that doesn’t mean it’s not still a great time to visit. Petra is quite festive in winter and the cooler weather makes sightseeing the nearby historical towns, castles and attractions much easier without the heat.

This quiet fishing village is nestled beside a beautiful bay on Lesbos’ northern coast. It’s home to a stunning Blue Flag beach along its coastline that comes alive at night with beachfront bars and clubs. The weather is traditional of the island’s Mediterranean climate, which means there’s always lots of sunshine throughout the day despite the fact that it’s the middle of winter.

The average temperature in Petra in December is 11°C with lows of 9°C at night. It rains on 12 days of the month, accumulating an average of 97mm overall. This makes December one of the wettest months of the year, but the rain won’t get in the way of your holiday. Head to the bar and enjoy a few drinks until the shower ends, which usually isn’t very long. The sun shines for nine hours per day with an average humidity of 72%.