Staying in Rome doesn’t have to mean staying in a small room overlooking a noisy street. Carpegna Palace is a grand Renaissance-inspired building boasting a private garden and dedicated access to the extensive Villa Carpegna Park. It’s just 2km west from St Peter’s Square, so while you won’t be on the doorstep of the main tourist attractions, you’re just 600m from the Cornelia Metro station. This means The Vatican, Colosseum, Roman Forum, Spanish Steps and much more are just a short train ride away.

Start the day with a hearty breakfast in the hotel’s restaurant and end it with an exclusive cocktail in the bar. If you have a late flight home, take advantage of the luggage storage facility and spend your final few hours in The Eternal City exploring more of the sites. Parents of young children can take advantage of the babysitting service. Carpegna Palace doesn’t just welcome human guests, small dogs (up to 10kg) can check-in too (reservation required).

The hotel has over 200 rooms, which are all air conditioned and non-smoking. The Classic option offers 19m2 of space and either a double bed or two singles. Deluxe are slightly bigger and also offer a great view over Villa Carpegna Park. Junior Suites boast a living area with a sofa bed that could convert into a sleeping option for the kids. Please note pets are not permitted in Junior Suites.

If you book a longer stay, you might wish to consider visiting Ostica Antica, a well-preserved archaeological site. Or maybe the clifftop city of Orvieto, which is linked to Rome via the historic Via Francigena pilgrimage route. But you won’t have to walk, as there is now a rail link. 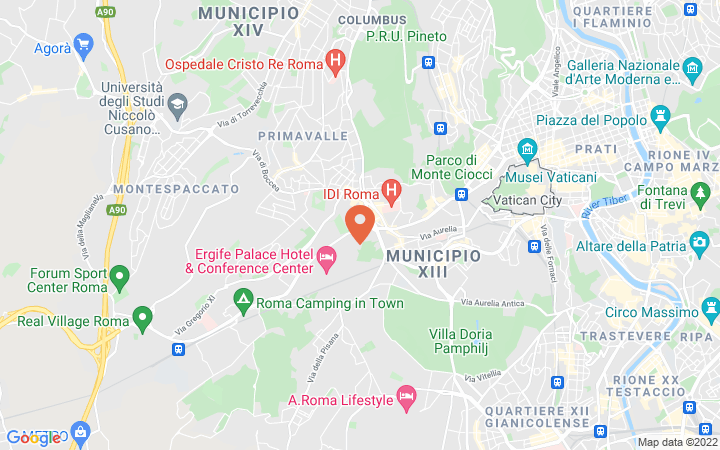 Fantastic place, the surroundings are amazing. It feels like a little paradise. The only thing about the room is the bathroom- there’s a bad smell there, even though everything looked clean. It’s just so quiet and you can take the metro to go anywhere in Rome.

Please read reviews (especially bad ones) before booking. I didn't

Where do I begin. Walking towards the hotel you are mesmerised by its size and present. I defenitely was. I had booked well in advance and I couldnt believe my luck when I finally arrived. Especially for a 4 start hotel. Unfortunately, that and the breakfast was the only good thing. The check in was smooth and i was presented with my card, for my attic room. That wouldnt be that terrible, if it wasn't for the stairs. there is a lift up to the 3rd floor, and from there you need to go up the stairs, which believe you me it is quite a task with a big suitcase, a luggage and a total trip of 6 hours, flight and train. The room itself was not bad, although it could be better. I really liked the skylight, at first, until I realised there was no window in the room nor the bathroom, and the room started getting too hot and "smelly" after a while, due to no air circulation. The bathroom was outdated and it could be cleaner. The worst however, about the room and the skylight was the rain. Two out of the three nights we stayed it rained and we could barely sleep from the noise. The mattress was also very hard, so that didn't help. The power was also down when we got to the room, so we had to call and wait for 10 minutes for a technician. And like that wasn't enough, I booked a reservation at the restaurant via their app, only to wait an hour at the bar, and to be told that the kitched was closed and that the app was wrong. I was offered to eat at the bar "because that was simple menu anyway and would suit me better instead of of the al cart of the restaurant", which I found it at best very offensive. I mentioned this to the reception, who had suggested to book via the app, and they seemed they couldn't care less. No apology offered. I went to bed that night without a dinner. I thought of leaving but I had too much to do and too little time, and i could waste it moving from one hotel to the other. Day 2 was actually worst. I left the room unrested, and hungry, and coming back from breakfast I realised the door would not close behind me and the room will remain open. I called the receiption and I had to wait for 15 minutes for someone to come and fix it. Dispite them fixing it, I had the same problem the following day, which made me believe the hotel was just falling apart and that these problems were common around here. After a long day out and about, I came back to listen to a noisy couple having sex for a while. I had to leave my room at the end and wonder around the lobby, because it was very uncomfortable. Now, you would expect thing like that to happen to 1 & 2 starts hotels, even 3 starts, but 4 starts, you would expect to either attract a better behaved guests, or even better, the walls to be sufficient to cancel those kind of noises. On top of that, there was an event happening every night at the restaurant area. This is not necessary bad because it brings its own glam, but everytime you had to walk from the lift area (i.e. your room) to the lobby, the restaurant, the bar, or leave/entre the hotel, you had to walk by these guests and the area, and there were few instances that I was made to feel uncomfotable and that i was bothering them walking by to leave/go to my room. On the positive side, breakfast was very good (although the coffee was a bit burned for my taste). Also, the cleaning and tidying of the room was a nice touch. All in all, I will defenitely not coming back here and not recommending it to anyone. For the same money, you can get a much better 3 starts hotel, and not ruin your holiday.

Beautiful from the outside only

We stayed here 1 night. Great location. Our classic room was in the attic with no window, only a skylight. …not great. We had a cocktail in the bar and the temperature was very cold downstairs in the whole hotel. We had booked a table at the restaurant and the food was awful, I had monkfish pasta and unless they puréed the monkfish, it was just a really thick pasta with a cheese sauce, I had to leave most of it. The weirdest thing, apart from the zebra wallpaper was a very graphic black and white photo of a nude couple having sex, now if it was situated elsewhere in the hotel not a problem, but it kind of put me off my food! Then we get to the really annoying part. I stupidly left our rechargeable toothbrush in the bathroom, ( I still have the lead though) and I called to ask if they’d found it as we are returning to Rome in a few days, they called to say that housekeeping hadn’t found it ? So, all the cheaper places we have stayed, I would have got our toothbrush back, so I don’t recommend this hotel at all, apart from it has a car park and the metro is only a 10 minute walk away.