This wonderful hotel enjoys a peaceful location not far from the yacht harbour of Portals Nous. The airport is juts about 20 minute car ride away from the complex. Within walking distance, guests will be able to reach the closest sandy beach in the area, which is also very close to the town centre. Guests will also be able to find a variety of boutiques, small shops, restaurants and bars in the immediate vicinity, as well as convenient public transport links. If they prefer to explore, the city centre of Palma is a short car ride away, there are several local and international restaurants, cafes bars and many shopping opportunities as well. If the plan is to stay in, travellers can choose resting by the side of the outdoor pool, having a refreshing swim, eating delicious food in the restaurant or relaxing in the spa. The comfortable rooms are decorated with vibrant colours and are equipped with cosy beds and all the essential amenities to have the most pleasant and unforgettable stay.

This hotel is popular! Rated very good by 1626 people on Tripadvisor 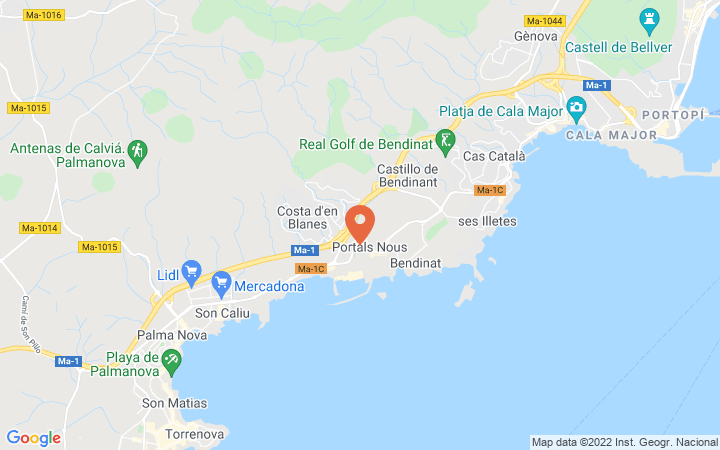 Not a 4 star! Not as advertised - Disappointed

It was amazing to be honest, my son loved the spa and pool (so did I )my mother in law loved the buffet theres a children/quite pool and theres a bigger pool.The reason that i have givin it 5 ⭐️ because its got an overall nice experience and atmosphere.

If I could rate 0 i would … sorry this is not a 4 stars hotel i was so disappointed by my stay. I travel a lot and this is the first time i experience this. 1)I arrived alone with my baby no one could help me with the luggage to go to my room. I was politely asked to do it alone (one baby one suitcase one bag-pack and one stroller 2) No cot in my room i had to get back to reception in order to beg for another room which can accommodate a cot for my baby 3) when i was finally granted a room the cot was damaged so i had to sleep with my baby in a one person bed, i was awake all night afraid that my baby fall on the floor as rooms have floor tiles 4) no room service 5) dirty pools, i had to wash my baby few times after one swim 6) no blackout curtains so my baby had to wa few hours after sunset in order to “sleep”7) poor breakfast 8) lack of renovation. The only positive point is the cleanliness.So disappointed !!!!