Sometimes, New Year’s Eve feels underwhelming. I don’t know about you, but I often end up in the same pubs and clubs each year, in the very same city I grew up in. So why not take the opportunity this year to try something totally different? You could wake up on 1 January in a brand new city after a night (and maybe morning!) of celebrations.

Picture yourself sailing through the canals of Amsterdam on a midnight cruise, joining an Irish parade or strolling the sparkling Avenue des Champs-Élysées. Take a look at my top ten New Years breaks and have your pick: you’ll be spoilt for choice. 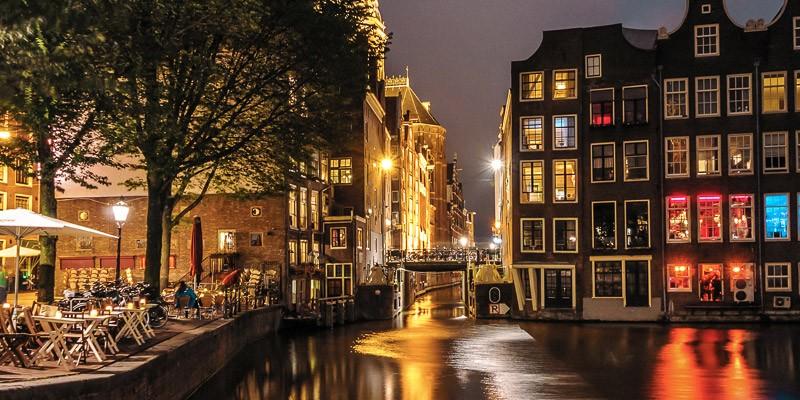 Amsterdam doesn’t come into my mind straight away when thinking about choosing a New Year’s Eve holiday destination. But, Amsterdam means fireworks and legendary parties! And, who doesn’t love those? There are dozens of free parties in the cities public squares; Head to Leidseplein, Dam Square and Rembrandtplein where you can celebrate to the early hours of the morning. Looking for something more unique? There are special boat trips, where you can sail down Amsterdam’s beautiful canals and watch all the firework displays, while dining and drinking in comfort. There are also plenty of parties in bars and clubs all over, with top DJs choosing to start their New Year right. 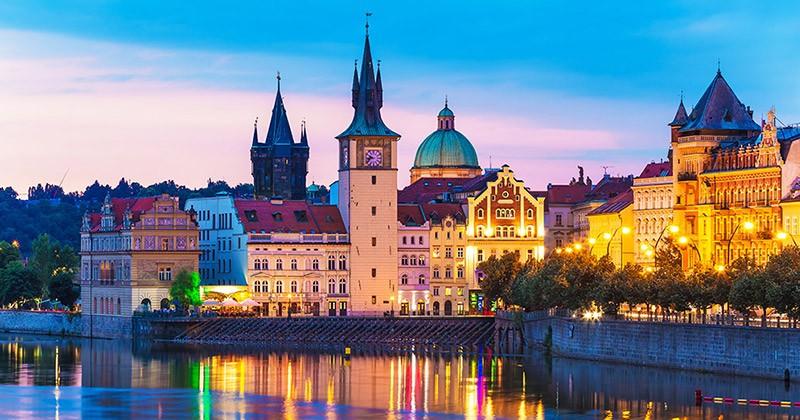 Prague has got to be one of the most incredible cities to visit for New Year, albeit a touch on the chilly side, which I found out! But hey, that just adds to the festive vibes. Weather aside, there’s such an incredible atmosphere in the city, with so many magical places to celebrate the turn of a new year. Head to the picturesque Old Town Square and join the other partygoers enjoying the live entertainment and buzzing Christmas market stalls. Or make your way to Charles Bridge and find the perfect spot to watch the numerous fireworks displays going off around the castle and river. In fact, going back to the weather, it actually started snowing just as the clock struck midnight when i went, making the whole experience all the more special. 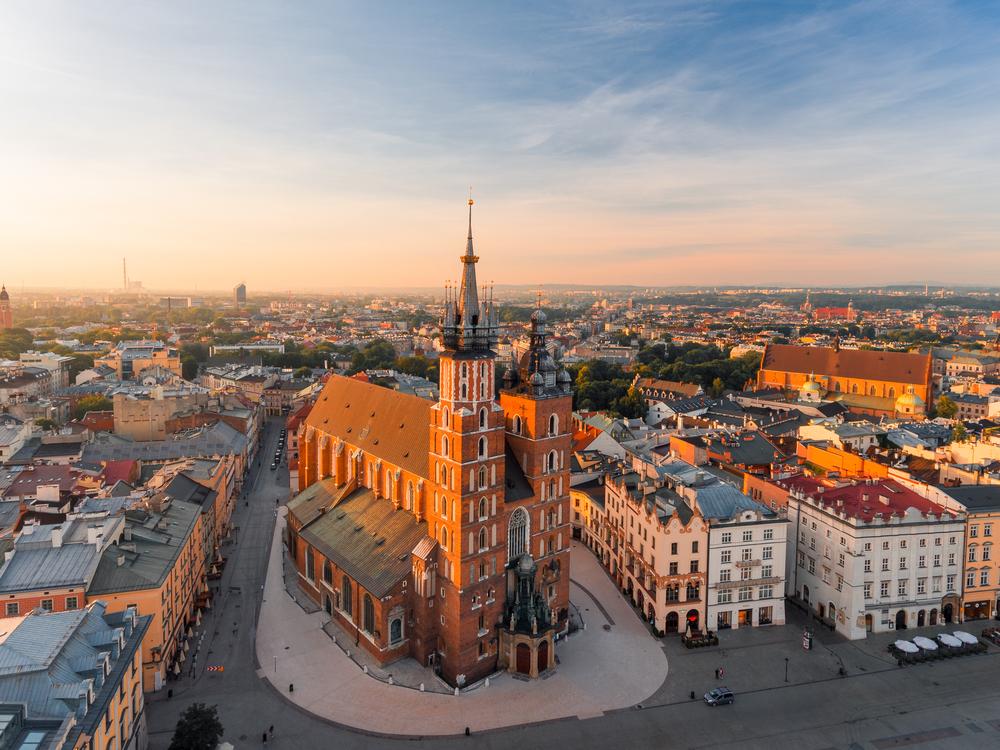 New Year’s Eve has its very own name in Poland called “Sylwesters”. Head to Kralow for a celebration like no other as this city has a reputation for hosting one of Europe’s biggest open air parties. Rynek Glowny, Krakow’s beautiful medieval square, has a huge light and laser show with live pop acts to dance along to. People gather at the free celebrations both in the square and around the city to wait for the clock to strike 12. Don’t forget that you’ll need to dress up warmly, as it gets chilly in December but among the crowds, you’ll soon warm up. 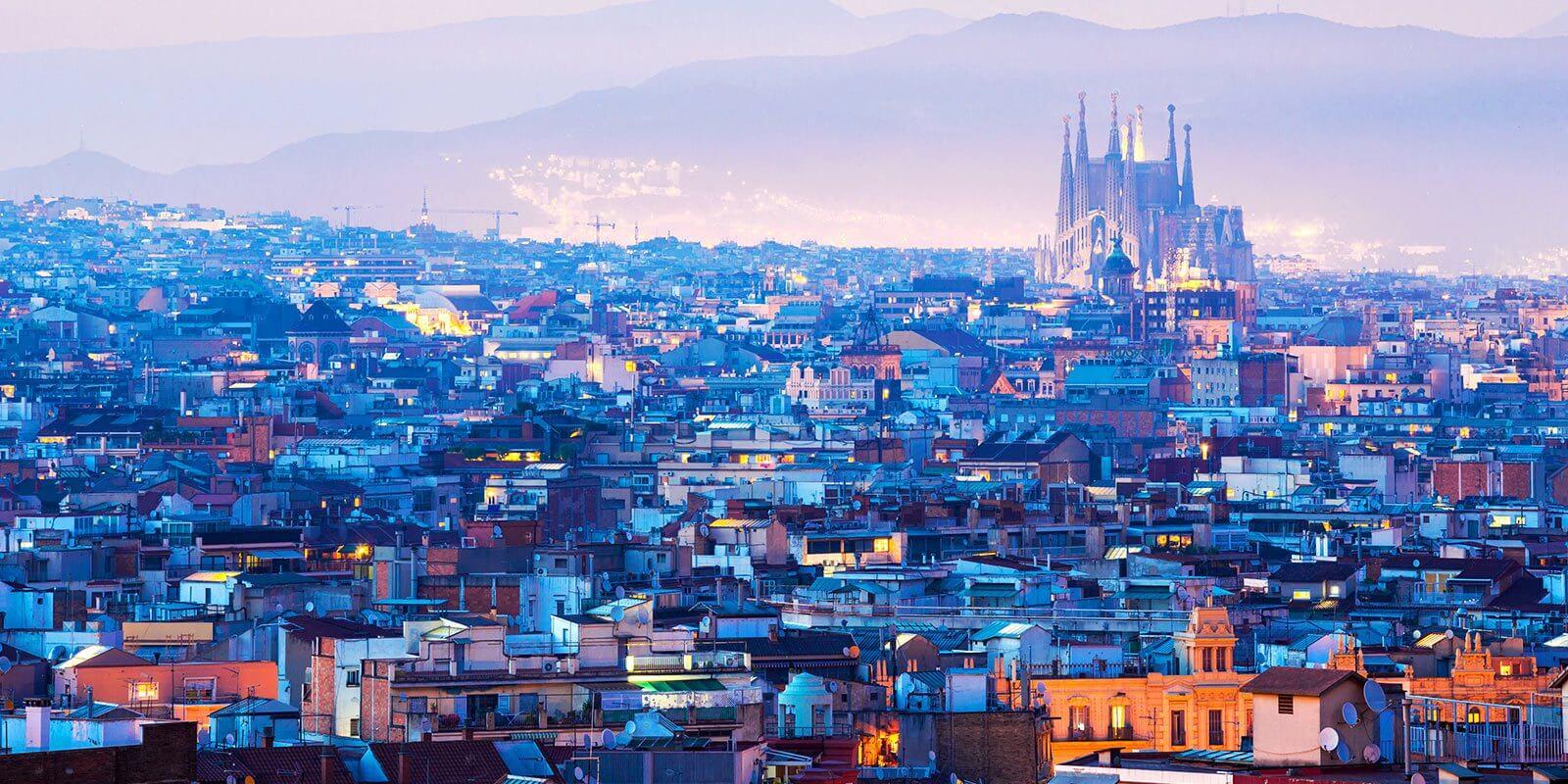 When it comes to New Year holiday destinations, nothing quite compares to hitting the streets of Barcelona. The Catalans sure know how to party, and from super clubs to avenues, the celebrations continue early into the morning. Greet January in a traditional way on Plaça d’Espanya, where you’ll find a stunning light show filled with music and special effects. All the excitement is centred around the Magic Fountain. I’ve been to the fountain on a summer evening and it was simply amazing, so I could only imagine how incredible it’d be on such a special occasion! If you’re looking for something a little more lively, clubs like Pacha and Razzmatazz always host incredible events to ring in the New Year. 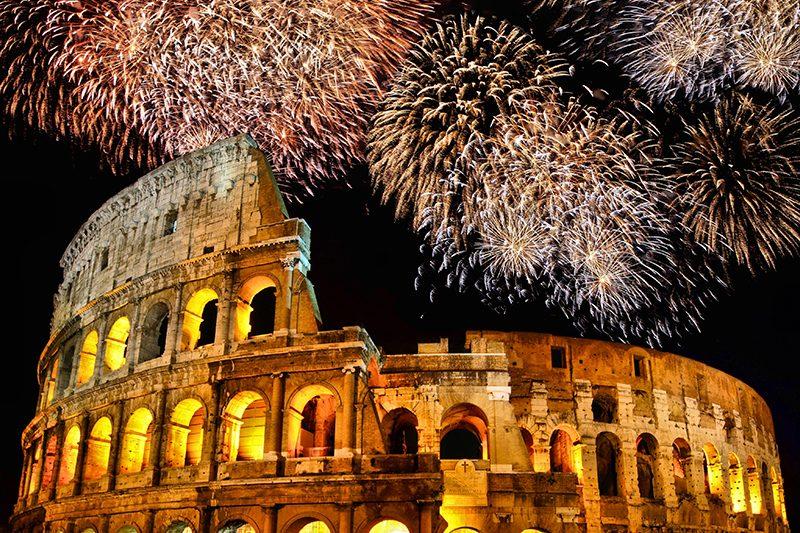 If you want to welcome in the New Year with some Italian spirit, head to Rome. Start your evening with ‘cenone’, a big dinner that’s always held on 31 December. This can either be round a friend’s house or at a restaurant, but if you’re just visiting, the piazzas are a lively place to take part in this tradition. New Year’s Eve is also the perfect time to see the biggest show in the city, La Fura dels Baus at Circus Maximus. If you want to head where the party’s really at, the Piazza del Popolo, found just beyond the Spanish Steps, is the first centre of all the action. People bring their own fireworks, but when the clock strikes midnight there’s a stunning professional display too. 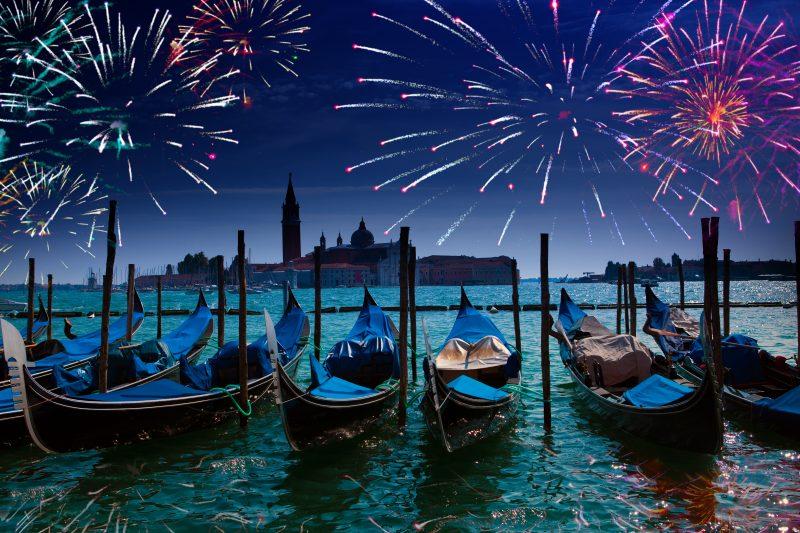 As one of the most romantic cities in the world, Venice makes the perfect destination to spend your New Year’s Eve in. One of the best things to do in bundle up warm and jump on a gondola; at this time of year you’re likely to see fog floating in on top of the canals, which is just as eerie as it is beautiful and will make the perfect photo opportunity. Gather in Piazza San Marco to join in the celebrations with crowds of excited locals and visitors, and enjoy a memorable countdown from the Basilica Tower itself. 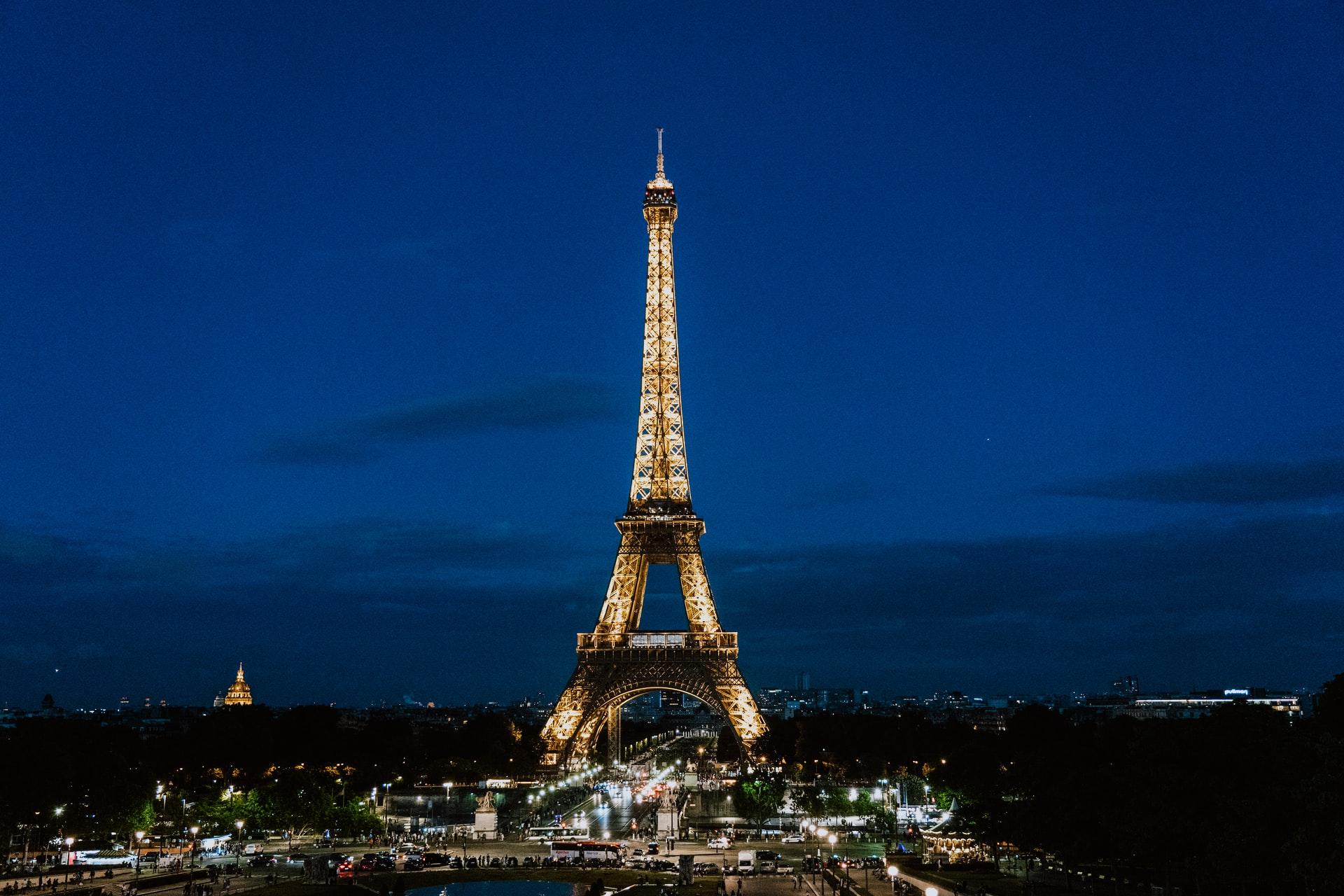 If you’re looking for a romantic getaway with that someone special and a celebration that you’ll never forget, then a trip to Paris to see in the New Year could be just what you’re looking for. Dine at a boutique restaurant before sipping cocktails at a chic bar and then finding a late-night club to party into the early hours of the New Year. Or for the ultimate New Year’s Eve experience, book onto a luxurious river cruise with dinner along the Seine, with beautiful bridges, colourful fireworks and the unmistakable illuminations of the Eiffel Tower as your backdrop. Now, I don’t want to put any ideas in people’s heads, but if there’s ever a time and a place to pop ‘the question’… 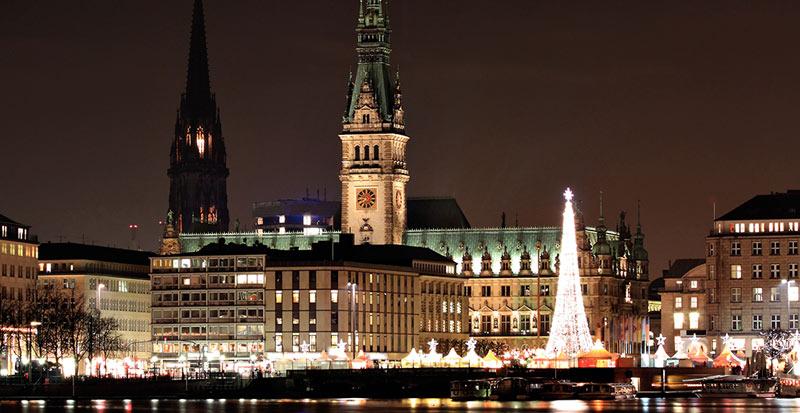 Known and loved for its world-famous Techno scene, Berlin’s a city that definitely won’t be getting a good night’s sleep on New Year’s Eve. Kick off your evening at a rooftop bar, taking in stunning firework displays and iconic buildings such as the Fernsehturm that towers high above the skyline. If you’re looking to welcome the new year in serious style, buy a ticket to Kulturbrauerei where you can experience 13 floors of entertainment and 30 DJs in just one place. As Berlin’s biggest indoor party, you can keep out of the cold too, though by day you’ll want to be out and about experiencing the city’s cool street art scene. 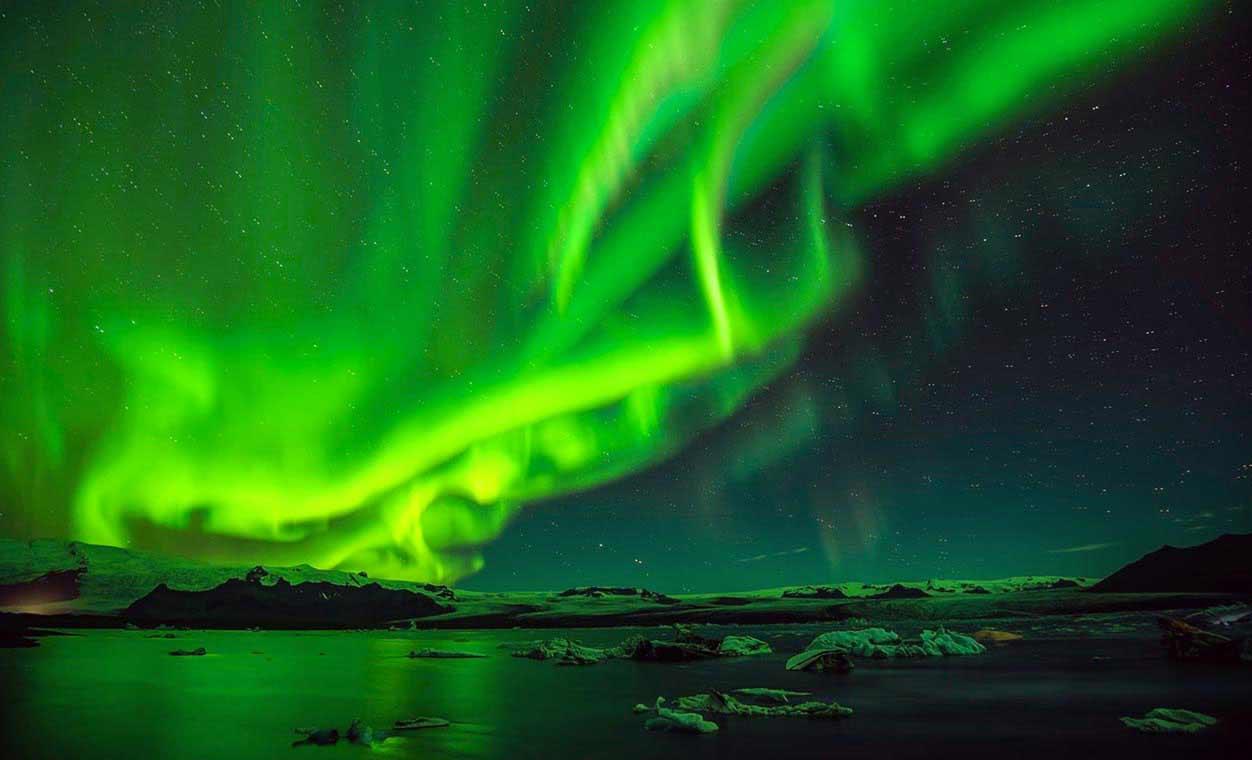 If you’re looking for a New Year city break where you can experience the great outdoors, Reykjavik is the perfect place for you. Whether it’s treating yourself to a relaxing dip in the soothing Blue Lagoon, or visiting one of the bonfires that burn through the night (it’s tradition here!) there’s so much to see and do around New Year’s Eve. You might even be able to catch the Northern Lights while you’re here: the aural activity is at its highest around January, and what a way to start a new year! It’s also the perfect time to discover Reykjavik’s stunning Diamond Beach, a black sand coast covered in shimmering glaciers. If you want to do something in the city itself, Iceland’s incredible club scene will have you dancing into the early hours, so make sure you pack something sparkly. 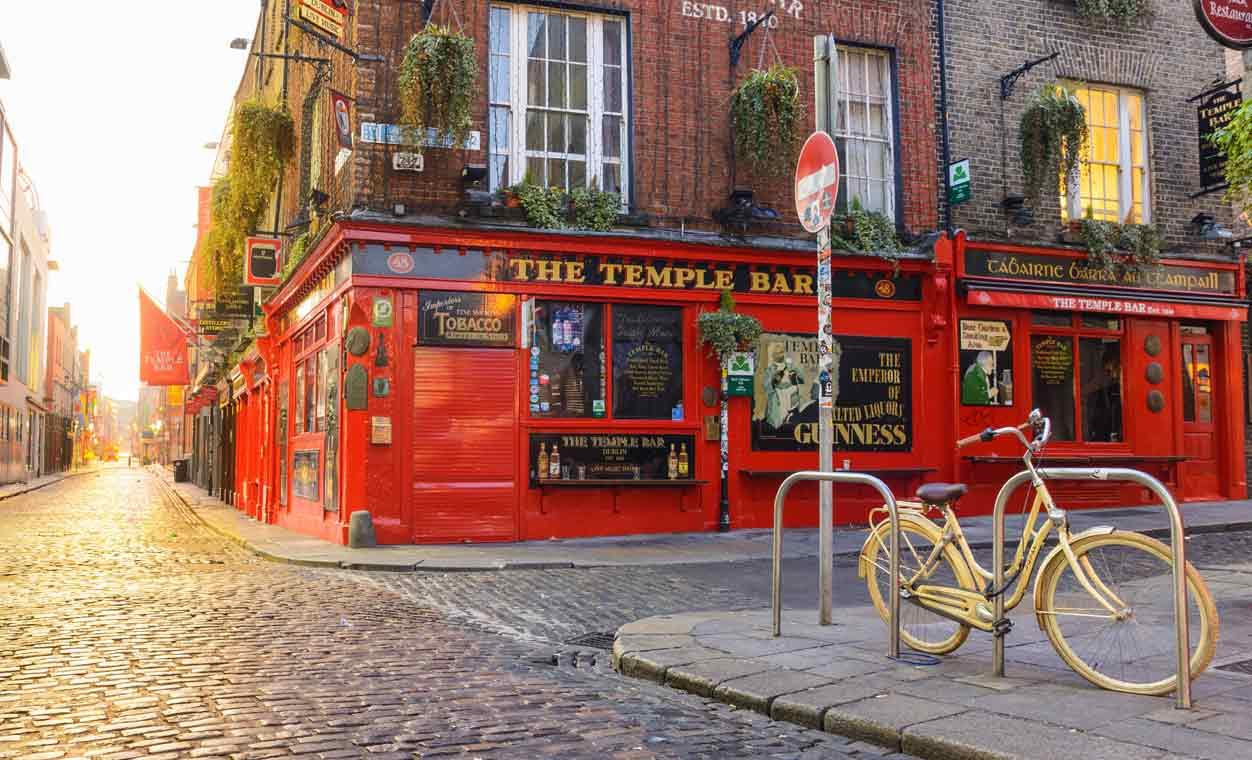 If you’re looking for city breaks closer to home, Dublin’s a great option and the Irish sure do know how to party! There’s the iconic Temple Bar, which is a must-visit for anyone’s first time in the city. It’s especially magical on New Year’s Eve, where you’ll find the celebrations spilling out of the pub and into the lively city streets. You could also choose to catch the Liffey Lights Midnight Moment, a light and laser show timed perfectly against DJ tunes that really get the party started. As one of the ‘friendliest cities in the world’, Dublin’s locals are always there to make sure you have a great time too. Think quirky performances, dancing in the street and sharing a pint of Guinness with strangers-turned-friends; it’s all waiting for you this New Year’s Eve!

Have you ever considered a city break to celebrate New Year’s Eve? Where would you most like to hear the clock strike midnight? Let me know in the comments below.