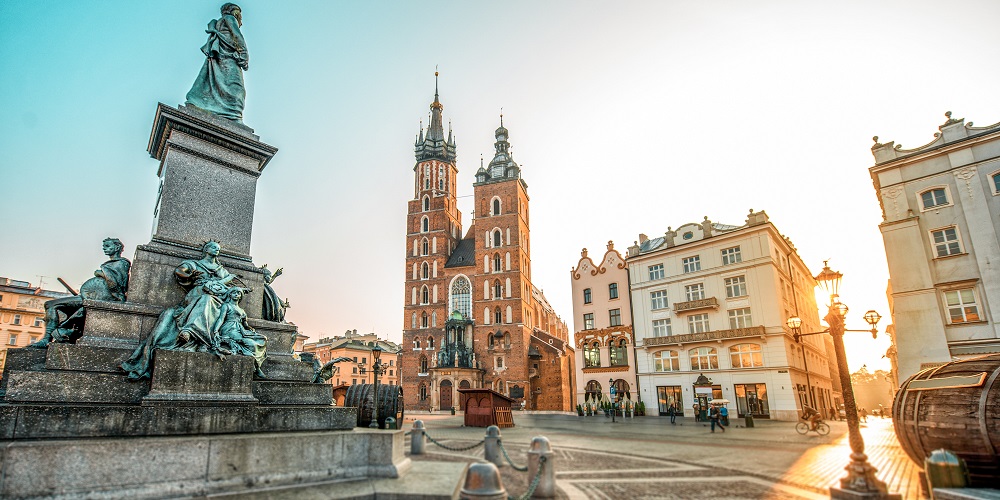 The weather is slightly warmer in April than previous months, which is a pleasant change from the bitterly cold winters that have just passed. You can look forward to an increase in the daily sunshine too, which means you’ll have more time to explore the city and take in the best sights along the way.

Krakow weather in April is influenced by its position in southern Poland. The climate is a lot warmer than previous months and although it’s still very cold, temperatures rarely drop below freezing. Krakow is near the Tatra Mountains, which means it’s in the path of mild winds that cause the weather to warm up suddenly. This is great when you need a break from the cold weather but can lead to heat waves over the summer.

You can expect an average temperature of 8°C on holiday with mild highs of 12°C from 12pm to 3pm. Things can get quite chilly in the evening when temperatures drop to just 3°C. The sun shines for almost five hours per day with a 50% chance of a cloudy or foggy day. This is because the region doesn’t get much wind to help clear the skies. The average rainfall is just 39mm, which means it’s likely to rain on 15 days of the month.