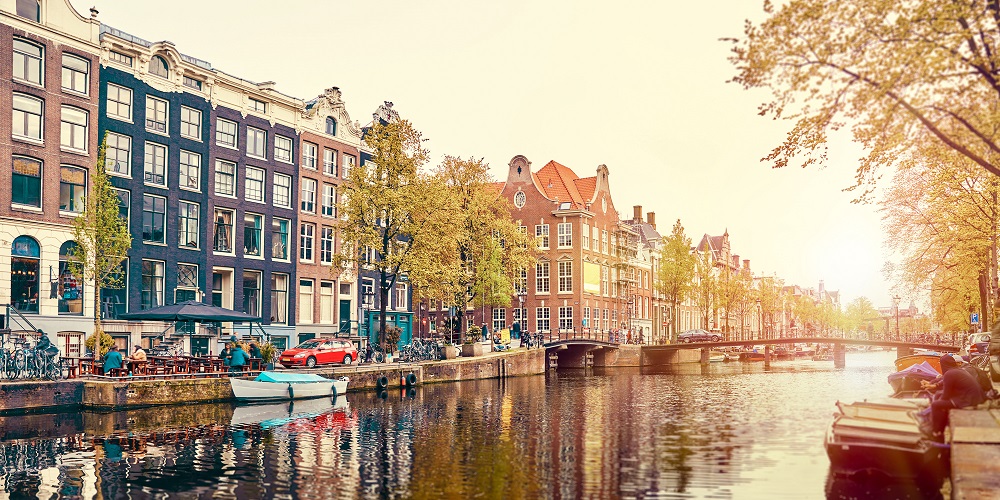 For fewer crowds and a warm, sunny climate, visit Amsterdam in September. The weather isn’t as hot as the peak months of summer, but there’s still plenty of heat and sunshine to enjoy.

Amsterdam is the capital city of the Netherlands. It has a pleasant climate for most of the year with mild summers and cooler winters. Amsterdam weather in September is influenced massively by the city’s proximity to the North Sea. The water is warm, which helps keep temperatures high and there’s also mild winds blowing in from the inner mainland of Europe.

Temperatures are quite mild in September with an average daily high of 18°C. You should pack a raincoat for your visit to avoid any surprise downpours. While rainfall isn’t guaranteed, it’s still likely with up to 75mm spread over ten days of the month. There tends to be more cloud cover in September, which can affect the amount of sunshine you’ll see. The average water temperature is around 17°C.