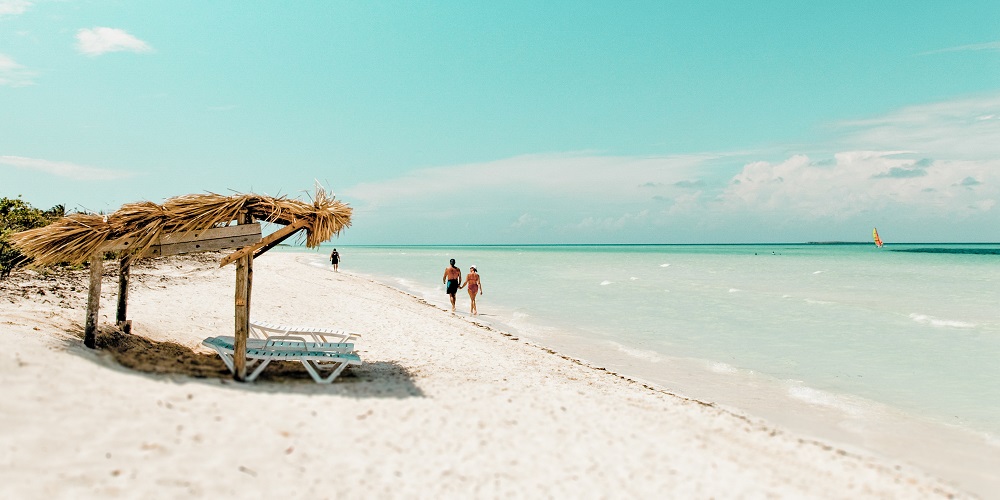 What’s the weather like in Cayo Santa Maria in June?

Between June and September, the highest temperatures of over 30°C can be found along the north coast of Cuba. The picturesque Caribbean island of Cayo Santa Maria’s hot and humid this month, with bags of sunshine but also daily tropical downpours.

The showers arrive because June’s part of the wet season in the Caribbean paradise island of Cayo Santa Maria. The traditional summer months see higher temperatures and increased UV levels. The island’s slightly sheltered from cooler winds that may blow east from the Gulf of Mexico.

The weather in Cayo Santa Maria in June produces hot temperatures, with the average high being an impressive 32°C. The average low’s only around 24°C on cooler days. The water temperature should be about 29°C, so you’ll have plenty of chance to swim and try some water sports in the Caribbean. You can relax and sunbathe in June, with an eight hours of sunshine most days even though there’ll be some cloud. The sun rises at 6.30am at the start of the month and doesn’t set until about 8pm. The average wind speed’s moderate, but the UV and heat levels are high, so you’ll need to make good use of sunblock and carry water. Cayo Santa Maria has an average of 186mm of rainfall expected across 15 rain-affected days.