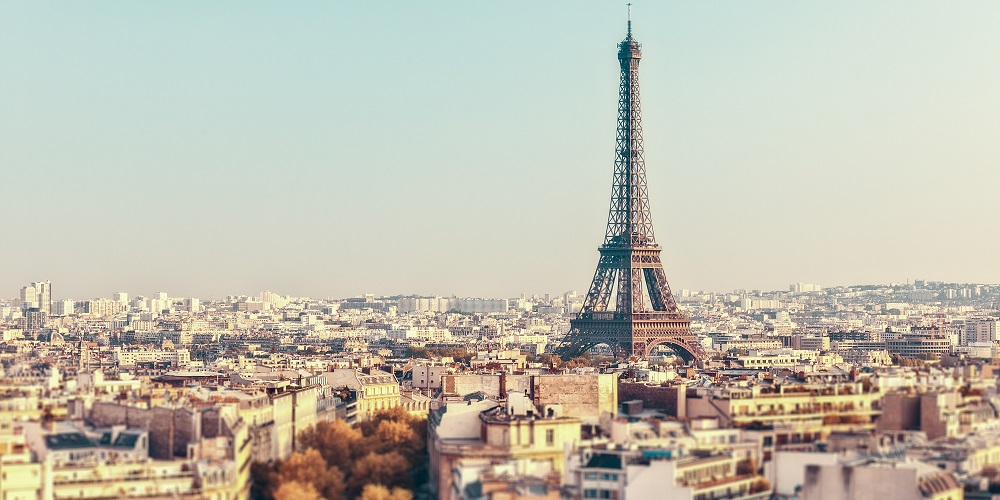 Springtime in Paris is very romantic and perfect for a holiday with that special someone. The weather is mild and enjoyable with less rainfall as the month progresses. There’s plenty of sunshine and the nights are warmer than previous months, which is great for an evening stroll through the city or a night out with friends.

Paris weather in April is influenced by the North Atlantic Current that brings rainfall and strong winds to the city. However, spring is one of the best times to visit Paris because temperatures are on the rise and the weather is much more enjoyable than previous months. It’s not overly hot, which is perfect if you’ve got a lot of outdoor activities planned for your visit.

Paris has an average daily temperature of 12°C that can rise to around 17°C on the warmest days. At night, temperatures lower to around 8°C with an average sea temperature of just 9°C. There’s an average rainfall of 25mm spread over 14 days of the month, which means it’s likely you’ll experience some rain during your visit. You’ll have at least nine hours of sunlight per day, which has increased from last month. The average humidity is 69%, which is quite comfortable along with winds that usually don’t travel faster than 11mph.