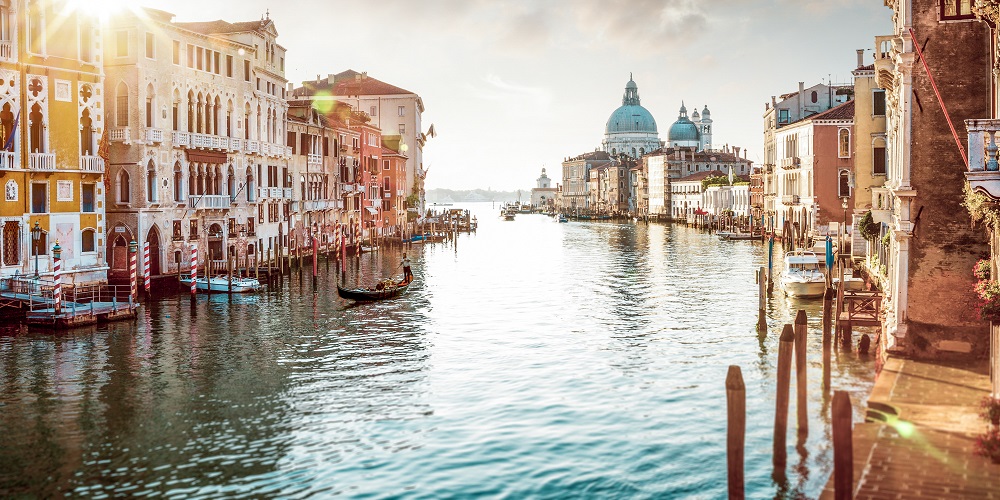 For warm weather and fewer crowds than the summer, visit Venice in April. Temperatures are on the rise, which means you can start working on your tan and enjoy some time sunbathing under the Mediterranean sun.

Venice is fairly quiet in April, which makes it a perfect time for a relaxing holiday. The climate is mostly mild and sunny, but it can be quite unpredictable, so make sure to pack a jacket to prepare for the odd rain shower. Venice weather in April is influenced by its position in the Italy’s Veneto region, which is very close to the Adriatic Sea. The subtropical climate brings warm summers and mild, wet winters. April is the perfect blend between both seasons, offering plenty of heat and sunshine throughout the month.

April has an average temperature of 12°C, which has improved since last month and often increases to highs of 16°C. There are 13 hours of beautiful sunshine per day, which is more than enough time to sightsee and explore Venice. You can expect rain on 12 days of the month, with an average rainfall of 64mm. It’s quite humid at around 55% that can reach high levels of 93%. Winds travel at 12mph, which is a moderate breeze and the average sea temperature is just 13°C.