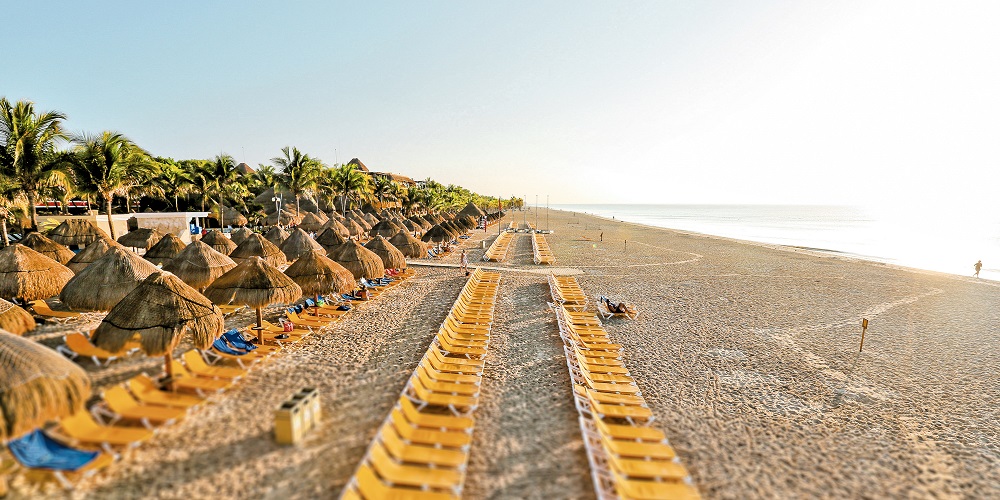 Take an idyllic trip to the east coast of Mexico at this time and you’ll love the warm tropical climate. The Playacar weather in February reaches highs of 28°C and it’s one of the driest months of the year, with just brief showers some days.

Playacar enjoys a fantastic setting in the Yucatan Peninsula by the Gulf of Mexico and Caribbean Sea, just to the south of Cancun. It boasts a year-round warm climate and the refreshing coastal breeze keeps temperatures much more comfortable than they are further inland. The dry season at this popular Mexican resort is between November and April.

You’re only likely to see a small amount of rain in Playacar in February, with 56mm falling across an average of six rainy days. The frequent sunshine helps to brighten the skies and this part of Mexicio’s eastern coastline gets about eight hours of sun each day, with the sun not setting until 7pm for most of the month. The average daytime high temperature’s 28°C, dropping to just 20°C on cooler days. The weather in Playacar in February sees an average water temperature of a balmy 26°C in the Caribbean, which is great for swimming or snorkelling around the pretty bays. The wind speed’s moderate, and the heat and humidity levels are lower than in the peak summer months.