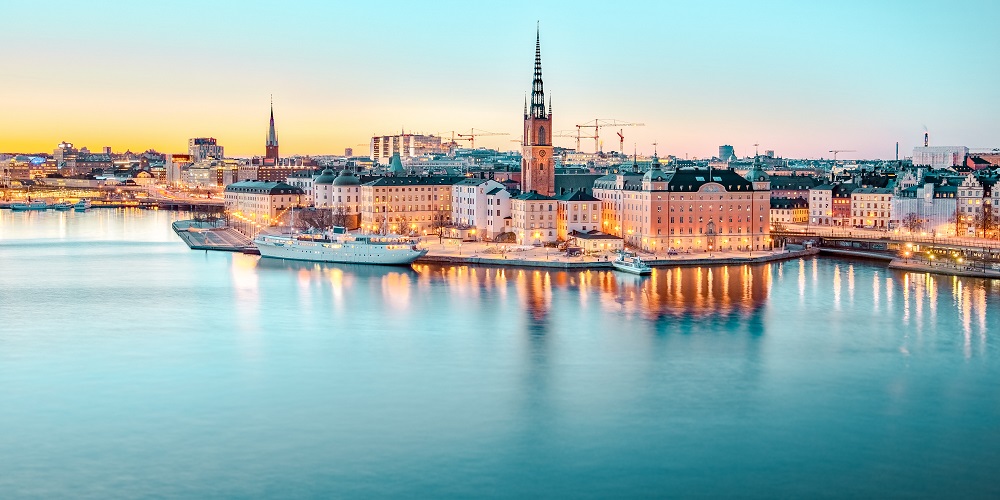 There’s no need for winter layers this month, when you explore the Swedish capital. The Stockholm weather in May is mild to warm and with lots of bright sunshine. In the evenings, it’ll feel chillier and you’ll need a jacket.

Stockholm has a mild Scandinavian climate in late spring and early summer, with no snow showers and very little rain. The city’s found in the south-east of Sweden, by Lake Malaren and with the Baltic Sea to the east. Stockholm’s protected from rain showers of the south-westerly Jet Stream by the mountains in neighbouring Norway.

The weather in Stockholm in May has very pleasant temperatures. You can expect an average daytime high of 16°C, rising by a couple of degrees on hotter days. Even the very coldest days shouldn’t drop below 10°C. You’ll make the most of the sunshine during this month in southern Sweden. Expect to see an average of ten hours sun each day from an amazing 17 hours of daylight. Rainfall at this time will only be around 30mm with ten days, on average, getting some light rainfall. UV levels are low and wind speeds are light, so exploring the parks, museums and pretty streets of Stockholm will be very comfortable.